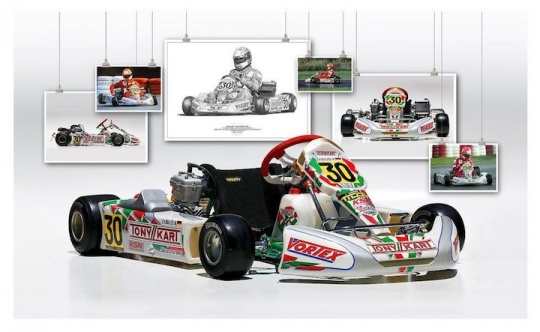 Author: Vroomkart International
A priceless replica: the Tony Kart Mitox with which Michael Schumacher competed in the 2001 FSA World Championship in Kerpen.

Michael Schumacher had never stopped driving karts, a passion expressed even when he had become one of the world's greatest F1 drivers, why he decided to try his hand at the FSA World Championship event in Kerpen, Germany, in 2001. The German had to deal with some of the fastest kartists of the period such as Marco Ardigò, Nico Rosberg and Liuzzi himself; the last two he raced against in Formula 1.

«It had been a long time that I had this project in mind, and I cannot deny that it was an emotion and an honor for me to try my hand. To begin with, I started the collection of accessories, which began well before receiving the chassis. In a second moment, I managed to find a Tony Kart Mitox, but the vehicle was in poor condition and presented several non-original spare parts.»

«Neil McKernan was a huge help for me in getting the missing pieces from Italy, especially for the original Mitox fairings along with the adhesive kit. Also Martijn Koene, a great supporter of my projects since forever, contributed by finding the Vortex engine complete with muffler, rims, filter and ... the Tillet seat.»


Martijn Koene's seat is not a well-made replica, but the one actually used by Schumacher. Thanks to the seat, this replica not only corresponds to the details of the original, but also acquires added value, a soul: in fact, on this seat, Michael Schumacher, the 7-time F1 World Champion, really raced. 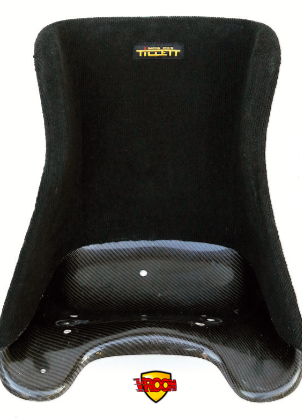 A World Championship prepared in every detail

To compete at the event, Michael had to lose weight. This led his team to intervene on various kart components to reduce the overall weight by using a carbon fiber seat, floor and radiator. The vehicle thus became an extreme version.

With his “return” to karting, Michael Schumacher turned a spotlight on karting as never before. On that occasion the Kerpen track looked like an F1 circuit, full of journalists and TV stations from all over the world. The event elicited an impressive resonance. This, however, was not the first time that F1's number 1 challenged kart racers, as he had done the same at a Bercy event and at the Monaco Kart Cup in 1996.

This replica wants to be a tribute, a testimony that aims to share the appreciation that we all have for one of the greatest drivers of all time, one who, despite winning countless races in F1, continued to respect and practice with passion the motorsport discipline from which it all began: Karting.

Raffaella Giacomini: the woman that lives in one of the excellence of international karting to Franciacorta. (words M. Boscariol)