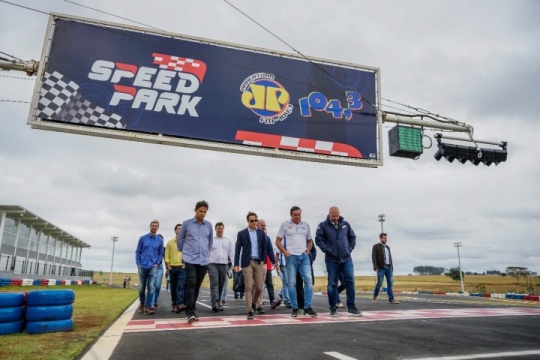 Last Thursday, August 9, the former F1 driver Felipe Massa, who took over from Sheikh Abdulla bin Isa Al Khalifa this year as President of the International Karting Commission (CIK), visited the Birigui kart track, the Speed Park - Karting International Birigui, defining the stages that will lead to the development of one of the two CIK World Championships in Brazil.

The track has yet to be homologated; once done, the CIK application will be sent, which will be examined by two World Council meetings between 2018 and 2019 when the fate of the event potentially scheduled in 2020 wil be decided.  This news does nothing more than validate the thesis of Brazil's rise in the international karting movement not only at the level of its drivers but also at the political level.

The comment -   Brazil is present, or rather, wants to be.

The South American powerhouse has inaugurated an ambitious program to reach the top of the international karting movement. If politically the advent of Felipe Massa as CIK President offers a significant ally, the Federation is also making significant steps forward on a technical level.  The objective is, as just mentioned, to become a heavyweight in karting and this is possible only by adapting to the CIK directives relating to homologation. In this regard, KZ specifications were introduced to the gearbox classes with release spoilers and OK engines ready for the debut.

In this way, there will be both a level of preparation and skill most appropriate to international competitions, without forcing the drivers to emigrate to Europe, and on the other hand, it will increase the country's appeal for chassis and engine manufacturers that in the vastness of Brazil might find the tracks paved with gold; in other words, a huge commercial opportunity.  The CIK World Championship in Brazil, therefore, will allow drivers, organizers and producers to experience firsthand the potential of a Brazilian market, whose geographical boundaries reach almost the size of the European continent.