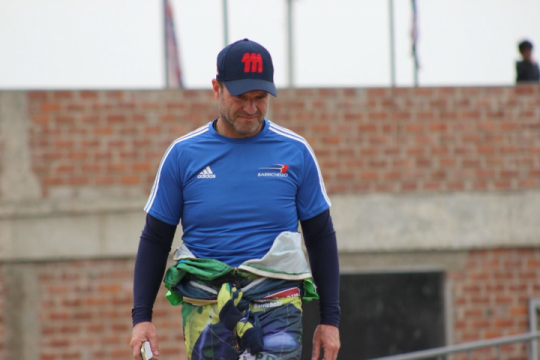 Author: Vroomkart International
Some statements by the former Formula 1 driver, born-again kart racer, to Vroom Karting Magazine.
For quite some time now, the ageless driver from San Paolo shows up wherever there's a kart race. A rejuvenated Rubens Barrichello, also energized by the two careers of his sons Eduardo and Fernando, both well on their way.

In 2016, Rubens lands in the Swedish edition of the KZ CIK FIA World Championship. A heavyweight, the presence of the former Ferrari driver; for the occasion, a BirelArt man. An unlucky Final, however, thanks to a ten second penalty for a detached spoiler, with Rubens finishing 24th, with four positions gained.

At the recent Florida Winter Tour, Rok Cup USA, Barrichello talked to us, reiterating his desire to return to the World stage.

Rubens, have you ever thought about taking part in a few 2018 CIK FIA races?

"I'd like to go back to the World Championship ... Dates permitting, I'll try to test with OTK in Genk. Karting is definitely my passion."

As per the CIK FIA calendar, the KZ World Championship takes place 6-9 September 2018, in Genk, Belgium.
Will Rubens Barrichello be on the grid?
Join us for the April issue of Vroom International for an exclusive interview with the entire Barrichello family.