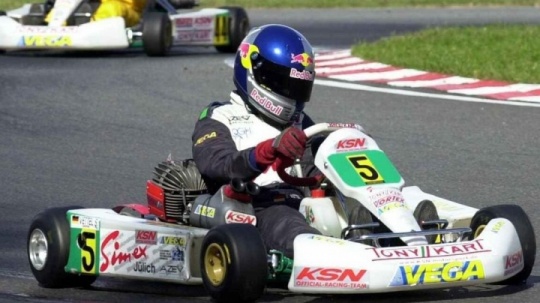 Author: Vroomkart International
Sebastian Vettel drives his Ferrari to win the Australian Grand Prix, the first round of the 2018 F1 World Championship. Now let's see what binds him to Davide Forè.

Blond, fair, not especially big: how Sebastian Vettel, the kid kart racer, showed up on race weekends when he commuted between Italian and German go-kart tracks. As is often the case, the first lines in his racing tales or history were written by dad or mum; in this case, it was his father, Norbert Vettel, who bought the boy his first kart in 1995. In Kerpen, one man takes notice immediately: Gerhard Noack, President of the associated Kartclub, a man with an unmistakable eye for talent. 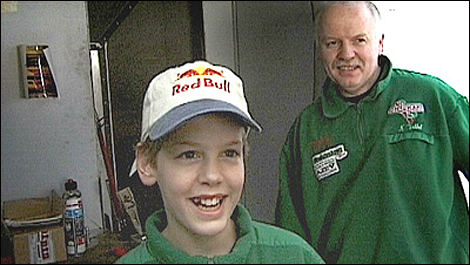 (Sebastian Vettel with his father Norbert)

Noack again looks far into the future. He introduces Seb to Peter Kaiser, KSN Team owner, who takes the boy on. Vettel's first dream comes true, what with Kaiser being bound by his very close friendship with Seb's idol, Michael Schumacher who, at the time, was racing with Ferrari in F1 - like him, only 20 years earlier.

The turning point for Vettel arrives in 1998. Red Bull puts Seb  in their own line-up of promising young talents. His victory in the JICA European Championship, October 2001, is but the first pearl of a string that in a little more than 10 years boasts four Formula 1 titles, four in a row, from 2010 to 2013. 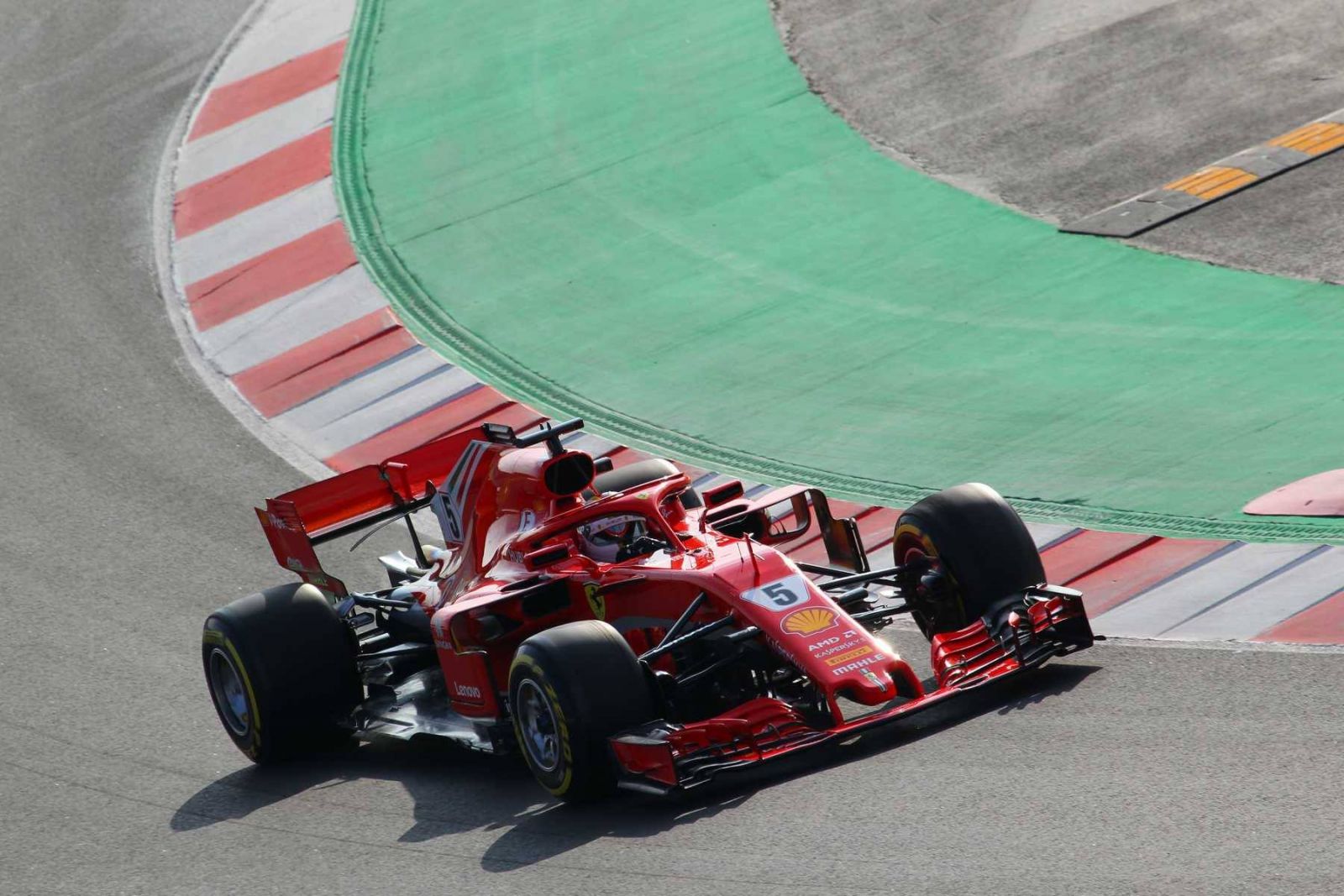 (Nowadays: Vettel behind the wheel of his Ferrari SF71-H during F1 Pre Season tests)

But let's take a step back – beginning with Kaiser, interviewed by Vroom after the German's first F1 victory, which took place in Monza, 2008. Kaiser narrates an anecdote unknown to most, enlightening as it shows how dedication is such a factor in the Ferrari driver's psyche, even as a kid.

1996/97. The famous Kartodromo of Parma. In Vettel's role, but in the karting world, David Forè, standard-bearer of the Tony Kart team.

"Sebastian was very young and he asked me if he could go under the Tony Kart tent to take a look," says Kaiser. "I asked Roberto Robazzi if it'd be possible, explaining I had a driver who was very curious and extremely interested."

"The result was that Sebastian spent the next two days with Davide Foré and his mechanic Simone, helping to clean the kart and practically being his assistant. That weekend, Sebastian lived like a mascot of the Tony pilots, with everyone becoming very fond of him." 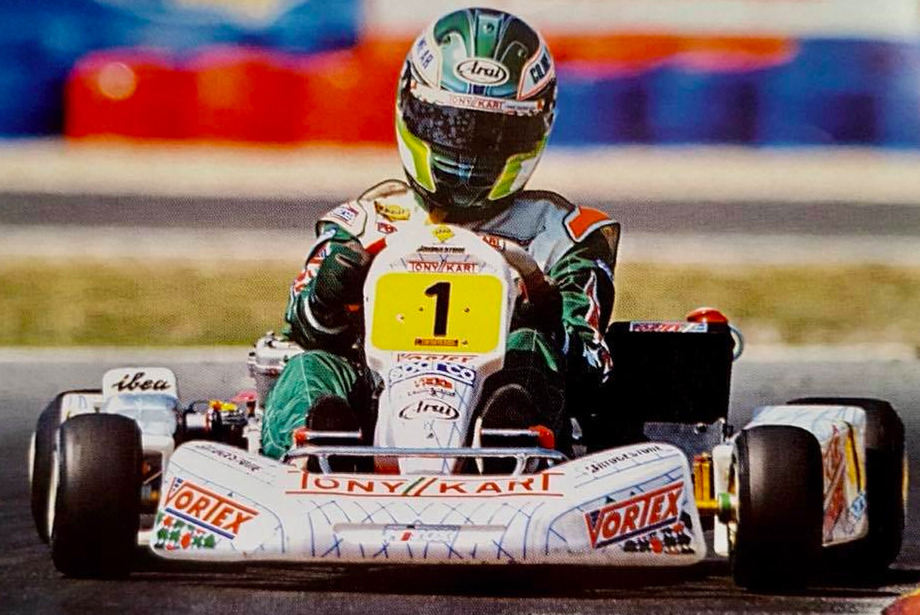 Mr. Kaiser adds that Michael Schumacher himself was impressed by Vettel. “He would say: that Sebastian was a hard worker, that he never stopped learning, and always tried to improve himself from every standpoint. Michael (Schumacher) was Seb's reference point. And Michael and I were always curious to see how far Sebastian would go, even if we immediately realized how talented he was. Of course, it was impossible to know with certainty if he'd reach F1 or not, and that he would win, but we were already aware of his talent ten years ago.” 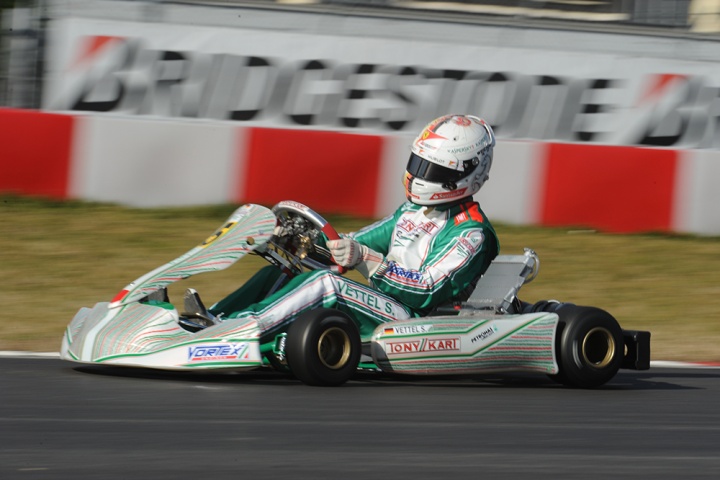 An exciting story, especially picturing the man in red raising the winner's Cup of the Australian Grand Prix, but a story that also wants to show the next Sebastian Vettels that there is no engine more powerful than a heart that's racing, a racing heart.