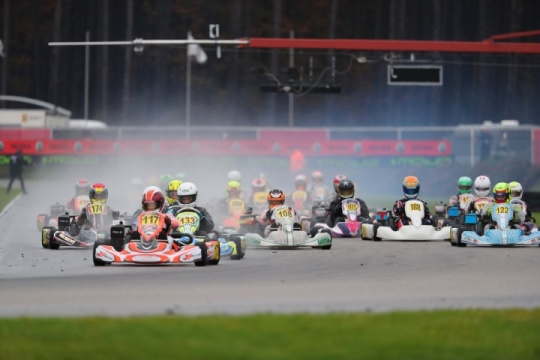 Author: Vroomkart International
Now in its tenth edition, the BNL Karting Series is ready to begin the 2018 sports season with a truly remarkable award.
An assembly line of champs: what the Belgian Karting Series has been over the years, a series that has produced karting and motorsport champions such as the Pex brothers, Jorrit and Stan, Bas Lammers, Beitske Visser and Max Versteppen, the youngest winner of a GP in Formula 1 and Red Bull's current number one F1 driver.

The 2018 season is, indeed, almost upon us and to make the competition even more exciting, the organizers have put up a big prize, or rather, two: the invitation to run in the FIA ​​KZ World Karting Championship to the top two drivers.

The format of the series itself takes place over the weekend: Day One, Saturday, for Warm Up, Qualifying and Race 1; Day Two, on Sunday, Race 2. Results are extrapolated by combining the rankings of the aforementioned sessions.

Its technical regulations mirror CIK-FIA specs, except for the choice of tires: Bridgestone YNB for dry conditions; YLP for wet. Also, the use of the quick-release spoiler is optional and not mandatory.