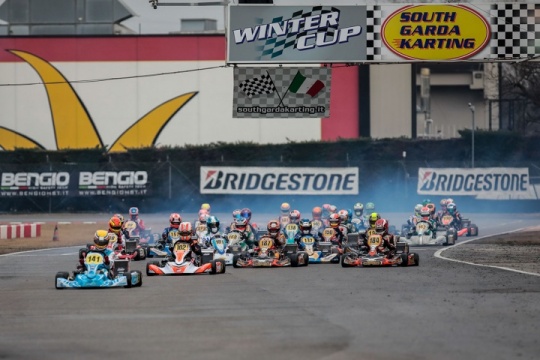 On a very "British" day, that is, with light intermittent rain and above all a lot of wind, it was crucial for the drivers not to make mistakes during the morning runs to avoid starting in midfield traffic. The threat of rain vanished, so drivers faced the final run on a track that allowed for the use of dry tires

Pole Position went to Leonardo Lorandi (Tony Kart / TM), but he was unable to keep the lead at the start, the lead passed on to the driver flanking him on the grid: Hanley, who charged ahead. In the rear an accident knocked out several drivers.

The Brit of Croc Promotion, however, certainly did not have an easy time given the competition of Anthony Abbasse (Sodi / TM), who tried everything to pass but did not succeed in his intent. Completing the podium was Fabian Federer (CRG / TM).

Completing the top 10 were Giuseppe Palomba (Intrepid / TM) and Jorrit Pex (CRG / TM) close. Unlucky race for Alex Irlando (Sodi / TM), stopped by the breaking of the rear axle in the big accident at curve 1.