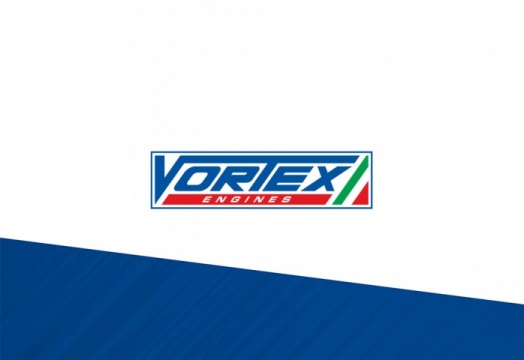 Press Release by: OTK Kart Group
From US to Australia, from international competitions to the one-make ROK engine
From US to Australia, from international competitions (with the first victories) to the one-make ROK engine, passing through the CIK-FIA Karting Academy Trophy: a year, officially begun, full of engagements and titles which have to be defended by the Italian factory.
The Vortex 2018 season has officially begun. The Italian factory, in its24th year of activity, has get back on track in Adria for the "one shot" competition, WSK Champions Cup, as well as the first round of the WSK Super Master Series; races that have given way to the international competitive season. It’s in these top-competitions that Vortex is called to defend the European CIK-FIA titles won in 2017 by the RVZ in KZ2 and the DDS in OK, as well as the championship victories gained in the WSK Super Master Series and the WSK Final Cup’s success in OK (DDS engine) and OKJ (DDJ engine).
The first top level competitive commitments have already brought the first significant results. A fantastic hat-trick (1st, 2nd and 3rd place) both in OK and OKJ on the occasion of the WSK Champions Cup.
A success in OKJ class with the DDJ engine and a third place in OK class with the DDS, instead, in the first round (out of 4) of the WSK Super Master Series.
Next stop of the international season will be Lonato, for the Winter Cup, immediately followed by the 2nd round of the WSK Super Master Series which will be run on the same circuit.
Furthermore, the partnership with the international federation for thesupply and technical assistance of the engines reserved to the CIK-FIA Karting Academy Trophy goes on. The first appointment in 2018 is scheduled on May, 6th May in Salbris, France. The rounds in Lonato (Italy) will then follow on July, 15th and Genk (Belgium), on September, 9th.
Last but not least, the Vortex business - as is well known - also extends to the worldwide ROK project, with its engines that range from the Kid ROK to the Shifter ROK, passing through Mini, Junior, "Senior", GP and DVS engines.
The most important features of this project are the steadiness and the easiness of use and maintenance of engines.
Such characteristics have favoured the formidable spread all over the world of the one-make brand: America (United States, Canada, Mexico, Chile and Colombia), Asia (Japan, China, Singapore, Indonesia, Thailand), Australia (Australia and New Zealand), Africa(South Africa and Mozambique) and, of course, Europe (Italy, Poland, Germany, Denmark).
2018 expectations are excellent, with new-born championships, likeBrazil, and others which are expanding, like Singapore and China.
Finally, the Rok USA, with the Florida Winter Tour and the Rok the Rio, at the Rio Hotel in Las Vegas, which seems to be particularly articulate and satisfying.