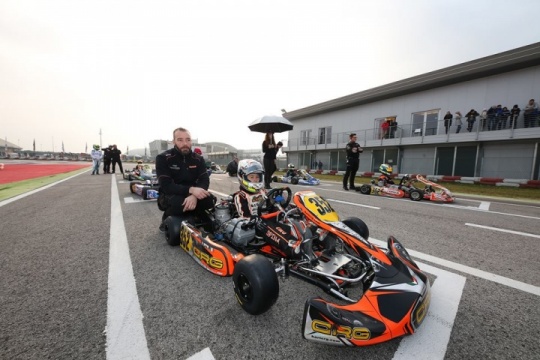 Press Release by: CRG Racing Team
CRG Racing Team is starting officially its sporting programme this weekend with the opener of the WSK Super Master Series in Adria. Among the main topics, Trulli Jr.’s debut and Pedro Hiltbrand’s comeback.
fter warming up the engines at reduced “ranks” last weekend with the WSK Champions Cup, International karting is all set to start its long campaign with the first of the four rounds making up the WSK Super Master Series.

The championship is starting this weekend from Adria and will then continue in Lonato, Muro Leccese and Sarno, where it will reach its conclusion on April 8th. This is going to be a prestigious and very useful test bench ahead of the CIK-FIA Championships and CRG Racing Team will contest it with almost all its works drivers. Among the team’s big names, Paolo De Conto will be the only one absent in Adria because he is in Mexico busy in an important national competition.

Reigning KZ World Champion will be back for the next rounds though. Meanwhile, the await is mounting for the debut with CRG of the young Enzo Trulli, who will compete in OK-Junior alongside team mates Alfio Andrea Spina, Luca Giardelli and Gabriel Bortoleto.

In OK all eyes will be on Pedro Hiltbrand, who is back to CRG Racing Team, with which he won virtually everything in 2016: namely, the KZ2 World Cup and European Championship and the OK World Championship. Alongside the Spanish driver, Callum Bradshaw, Killian Meyer, Andrea Rosso and Franco Colapinto will also be present in OK. CRG Racing Team’s colors in KZ2 will be defended by Alessandro Giardelli and Filippo Berto, while Emilien Denner will race on Kalì Kart.

A lot of CRG satellite teams will take part in the WSK Super Master Series in all categories: among these, CRG Holland, M2 Racing and Team Gamoto, the latter in 60 Mini.

CRG Racing team’s ambitions for 2018 are high, but the main target of the weekend is to continue the development work done during winter, ahead of the CIK-FIA Championships, as explained by Glenn Keyaert (CRG team manager): “The competitive season starts too early for us and therefore these early races in January and February are a technical test bench and prosecution of the work done over winter, before the CIK-FIA Championships. The new drivers will have to complete the acquaintance process with our technical staff and get more familiar with working methodologies too. For this reason, the fact that WSK does not employ the same tyres used in CIK-FIA Championships in all categories is an unknown we would have preferred not to have. At this point in the season, our work is focused on technical details since we introduced a lot of new things, like the Heron chassis, that made a great debut last weekend and that will compete next to our KT2, KT4 and Road Rebel chassis. We still need to complete some tests and collect data on chassis and engine, these pieces of information will certainly be handy in the rest of the season. This year we extended our collaboration with TM to several drivers of classes OKJ and OK and we have a very tight schedule also on this front. Our ambitions are still high and we are very positive for this weekend”.

The program of the weekend schedules qualifying and heats on Friday, an intense round of qualifying heats on Saturday and then pre-finals and Finals on Sunday. The Live timing feed will be available at www.wskarting.it 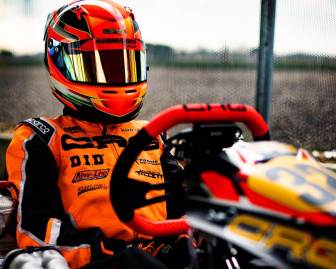 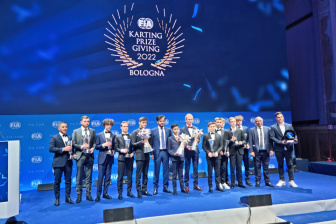