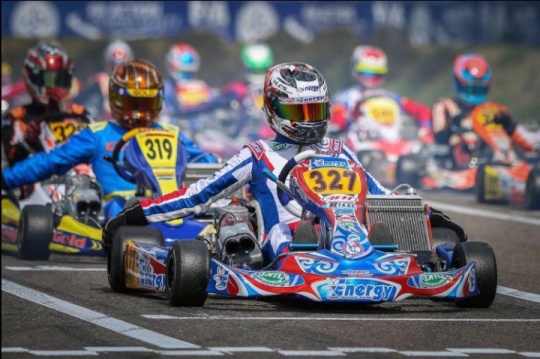 Author: Vroomkart International
Martin Van Leeuwen leaves karting; he gives his reasons for doing so in an exclusive for Vroom.

Born in 1998, Van Leeuwen’s career in karting has been a brief, but intense one. In his last season spent with Energy he gets sixth place in the European CIK FIA Championship. Brilliant performance thanks to all his hard work and sacrifice, two important characteristics in the career of any driver. The same sacrifice that has brought Van Leeuwen to take a difficult decision, leave karting, at least for the time being. The decision has been dictated by the driver’s interest ii studying, as he himself said, studying is very important indeed.

Exclusively for Vroom Karting Magazine, Martijn Van Leeuwen tells us all about his life, past, present and future.

- Tell us about your best race ever.
“It was in 2015 with CRG keijzerracing the KZ2 Super Cup in Le mans. I had to start a heat  from P5 but it was raining  and the last time I drove in the rain with kz I was really slow! So I was so unsure about my self and really nervous, but the start was given and I was, unbelievable fast it was crazy in the second lap I was leading the race and drove away from the rest  and won the heat  it was my first win in KZ2.”

- Your best season?
“I think 2014 with keijzerracing on a zanardi chassis”

- What are your best memories of karting? What did it represent for you?
“2013 the academy trophy in bahrein my first big podium (3th) , but most of all the high intensity and great fights on the track”


- Do you want to say something to the new drivers?
“Do everything you can to be the best but never quit school. One day in your life you will understand it.”


- What will you do in the future?
“Im not sure how the future will looks like but this year I will be driving in a BMW M3 GTR  in the Benelux to get some experience in the car and than we will see what happens”