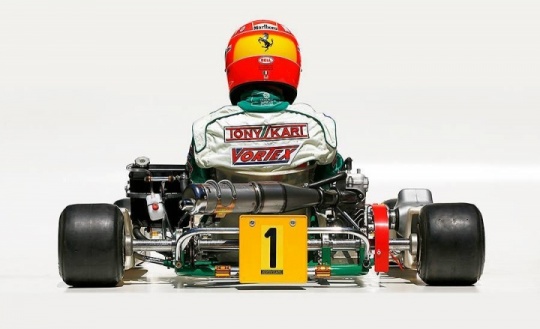 Author: Vroomkart International
In 2020 the zone where the Kerpen track stands will be converted into a lignite mine.
After the San Pancrazio racetrack in Parma and the Pista d'Oro in Rome, in 2020 another kart track will disappear.

This time it's the turn of the Kerpen Racetrack in Germany, the track where the Schumachers and Sebastian Vettel started their careers. "It's a shame. Here, tradition and successful youth promotion are dying at the same time" commented Ralf Shumacher, KSM Motorsport owner and team manager. The 550 members of the kart club (including 150 children) of Michael Schumacher have to say goodbye to thethe time-honored Erftlandring. The track was a second home for generations of boys and girls who learned the racing ABC and it produced the six Formula 1 drivers.

The lignite mine will be owned by RWE Group, the German company which operates in the business fields of Conventional Power Generation and Energy Trading. The concession of the land on which the racetrack is located expires in 2020 and attempts to find a solution, which included the option of a new and nearby location, have been in vain. "There will be no new go-kart track and the joint search with RWE of a new site that has the support of the neighbors has not worked," said Ralf.

According to 'Express', the land is valued between 8 and 12 million euros and Kerpen's own mayor, Dieter Spürck, states that keeping track would only mean a 0.25% reduction in the extraction area for RWE. Despite everything, the electric has refused to move the limits to avoid creating precedents in future situations and the karting of Kerpen, as well as the club where more than 150 children train, will be history. "For us, the important thing is not compensation, we need a go-kart track, without a sports facility for our members, there will be no club either," says Gerhard Noack, president of the KSM Racing Club.