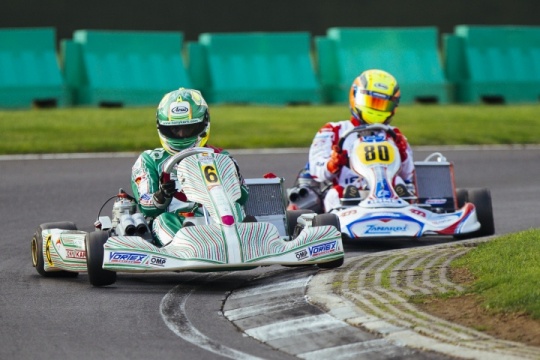 Author: Vroomkart International
The new season is about to start and it's time to draw a balance of the previous one. Let's hear the opinion of Jean Todt, Kees van de Grint and Luca De Donno.
Jean Todt, FIA President

"2017 was a great year for the revival of high-level karting. The rejuvenation of the OK and OK-Junior categories gave new impetus to the CIK-FIA Championships, which saw young people often take the ascendancy over their elders. I am delighted with the dynamism of this essential discipline in the great pyramid of Motor Sport.

First of all, congratulations to the 2017 winners, including World Champions Dexter Patterson, Danny Keirle and Paolo De Conto. The title of European Champion obtained by Moroccan Sami Taoufik solidifies the opening of the Competition at a world level, especially as this young Driver also won the title of CIK-FIA Rookie of the Year.

The decision to lower the minimum age of the Junior and Senior categories by one year has borne fruit by increasing the number of participants and raising the intensity of the Competitions. The effects of this measure have been only positive for the discipline and its young Drivers who now benefit from a longer period of training. Karting is still a great education for tomorrow's Champions of Motor Sport. It also allows early awareness of the ideas of speed and risk in a suitable environment and thus contributes to safety education, a major concern of the FIA.

The success of the CIK-FIA Karting Academy Trophy has been confirmed thanks to the quality of the equipment and service provided by the technical partner OTK Kart Group. It is no coincidence that this one-make formula is now emulated in National Championships.

The success of the OK categories, introduced in 2016, has been confirmed by many users. It also made it possible to increase the attractiveness of long-distance races such as the 24 Hours Karting at Le Mans. Several factories have taken up the challenge this year by entering an official team in the CIK-FIA Endurance Championship and I hope that this trend will become more pronounced.

My best wishes go hand in hand with the development of this spectacular and attractive discipline at the base of Motor Sport which is embodied in karting."

"I always enjoy a CIK-FIA event in Kristianstad (SWE) but this year was special because I was invited together with some other stakeholders in karting to “The Rock & Roll house”. This particular evening it was not about lap-times, engines or tires, but performing and listening to music. One song by Bob Dylan came to my mind: Times they are a changing.

Yes they do and as far as I am concerned in the case of the CIK-FIA for the better. When President Shaikh Abdullah bin Isa Al Khalifa and myself took charge of the CIK-FIA back in 2011 we set ourselves quite a few targets. Among others introducing a new engine for direct drive karts, lowering the age of eligible competitors and last but not least introducing a Promoter for the CIK-FIA Championships. Looking back now I think that 2017 proved that we made the right moves. Lowering the age not only boosted the grids but it also proved the critics wrong. Age does not mean a thing. It is talent and education that counts. Two rookies Brit Jonny Edgar (OK-J) and Moroccan Sami Taoufik (OK) were both crowned as European Champions.

The Competition this year was great, congratulations not only to all our champions but also to everyone who participated and last but not least the organisers who did all they could to make their event a success. I was especially impressed with the work conducted in short time at the Alahärmä circuit and the huge number of spectators that filled the stands during this event. Of course all was not perfect and it would be wrong if I would not mention the difficult circumstances the competitors were faced with during the European Championship at the Fernando Alonso track. Mistakes happen and I assure you that the CIK-FIA has learned a lesson. The World Championships events at Wackerdorf  (KZ) and PFI (OK & OK-J ) were classics with record number of participants.

Am I satisfied with the 2017 season? Yes, very much! Is there still work to do? No doubt. For example we need to find a better modus for the gearbox class competition, safety is an issue especially now that the CIK-FIA will introduced Minikarts for 10 and 11 year old.

Times they are changing, what the future will bring we do not know but what I do know is that we owe WSK Promotion, Luca de Donno and his dedicated staff a big thank you for the work they done in the past five years to make the CIK-FIA Championships what they are today."

"The 2017 season was positive for the participants with a very clear increase for the OK category and a noticeable increase in KZ2. I also noted a good satisfaction rating from the many competitors who made their appreciation of the different Championships known. We have made good progress in terms of organisation throughout these five years as the CIK-FIA Competitions Promoter.

The success of WSK Promotion is based on a very successful team at all levels and the experience we have accumulated in the various international and national WSK series. The collaboration with the CIK-FIA has also been enriched by better mutual knowledge year after year, to reach a very effective cooperation. I would like to point out that this strong cooperation concerns all sectors of the Competition: press, teams, organisers, CIK-FIA staff and WSK staff. It is always possible to do better, but the current standard of Competitions is really very good.

Overall, international categories are on the rise in the world of karting. All of the work done jointly by the various stakeholders is bearing fruit and we can have legitimate hopes for the future of CIK-FIA karting, not only internationally, but also in the national championships. We are in an important period, favourable to these international categories, and everyone must continue to work in this direction. 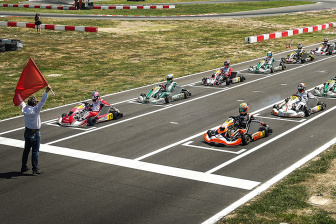 Survey: who's gonna be KZ World Champion in Le Mans? Express your vote