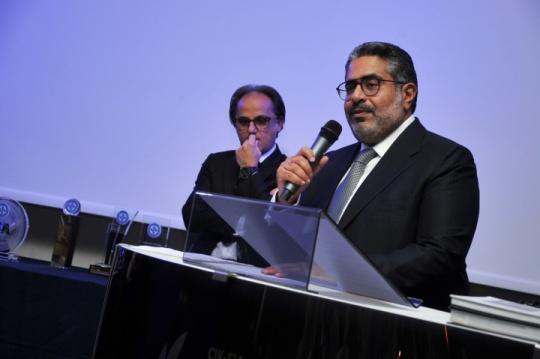 Press Release by: FIA Karting
A few words from the former CIK-FIA President Shaikh Abdulla bin Isa Al Khalifa
The flagship measure implemented this season has been the lowering of the minimum age to access the OK and OK-Junior categories. Given the increase in entries in the CIK-FIA Championships concerned, the target was met and even surpassed. This also confirms the merits of the new engine formula introduced in 2016.

Within a broader framework, there are encouraging signs that international karting is gaining momentum. The effects of the work undertaken over the last few years by the CIK-FIA, through the CIK Commission and the various working groups, are bearing fruit.

The World Championships held this year in Germany and the United Kingdom met with undeniable success. In this regard, we must commend the excellent work of the promoter and the organisers who are constantly improving the quality of their respective performances. I also congratulate the three 2017 World Champions Paolo De Conto (KZ), Dexter Patterson (OK-Junior) and Danny Keirle (OK) and their teams.

I am delighted to see young Drivers appear at the front of the competition, confirming the relevance of the one-year lowering of the minimum age for the categories of direct-drive karts. In Juniors, two Drivers in their first season masterfully won the major titles. In OK, the European victory by the Moroccan Sami Taoufik, also ranked "Rookie of the Year" by the CIK-FIA, is also a strong signal for karting.

I thank all those who contributed to the success of the 2017 season by actively participating in the current dynamic alongside the CIK-FIA. Karting deserves to see its role of detection and training reinforced in the great family of the Motor Sport, in addition to its own attractiveness as a discipline in its own right. I wish all enthusiasts a great 2018 season.