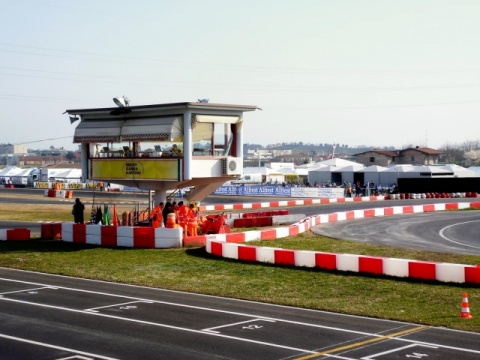 Press Release by: FM Press
The 29th Andrea Margutti Trophy will take place next March 9-11 2018 at the circuit South Garda Karting in Lonato, the 47th Trofeo delle Industrie on October 26-28 2018.
The dates of the two important events organized by Parma Motorsport at the South Garda Karting circuit in Lonato (Brescia, Italy) have been made official. The 29th Andrea Margutti Trophy will take place on March 9-11 2018 and the 47th Trofeo delle Industrie on October 28th 2018.29TH ANDREA MARGUTTI TROPHY. The historic event Andrea Margutti Trophy in 2018 will take place on March 9-11 with classes KZ2, OK, OK-Junior, 60 Mini and Iame X30 Senior on track.
In the occasion, the Andrea Margutti Trophy will reach its 29th edition in an event that will continue its mission of keeping the memory of the young Andrea Margutti alive, the driver that passed away early in 1989 but remained in the heart of all people that got to know this karting talent. Over the years, the Andrea Margutti Trophy has always been an unmissable appointment for all the protagonists of international karting, starting from the youngest emerging talents to the recognized champions. The hall of fame of the Andrea Margutti Trophy is full of important names, a lot of its winners have later on become protagonists of motorsport and Formula 1. In the first edition held in 1990, the first winners were Giancarlo Fisichella in 100 ICA and Andrea Belicchi in the National 100. In 2017, Riccardo Longhi won the trophy in KZ2, Callum Bradshaw in OK, Andrea Rosso in OK-Junior, Alfio Spina in 60 Mini and Vittorio Maria Russo in Iame X30 Senior.
47th TROFEO DELLE INDUSTRIE. The most ancient karting race is the Trofeo delle Industrie. The event is still in great shape and will celebrate its 47th edition in 2018 on October 26-28. The race will be open to classes KZ2, OK, OK-Junior, 60 Mini and Iame X30 Senior.
The success of the Trofeo delle Industrie, born in 1971 in collaboration with the main constructors, is keeping its momentum and in 2017 the event set another participation record with 250 entered drivers. Among the quickest and most victorious drivers in this event, that has seen a lot of big names of motorsport on track over the years, Riccardo Longhi secured its second win straight at the Trofeo delle Industrie in 2017, year in which he also won the Andrea Margutti Trophy. The other victories of edition 2017 went to the British driver Chris Lulham in OK, to his fellow countryman and fresh World Champion Dexter Patterson in OK-Junior, to the Russian Nikita Bedrin in 60 Mini, and to Vittorio Maria Russo in Iame X30 Senior. The latter managed to secure this Trophy after winning the Andrea Margutti Trophy in the same year.
Parma Motorsport Ssd
Press Office
29.11.2017 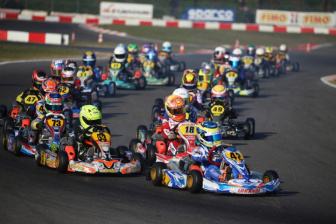