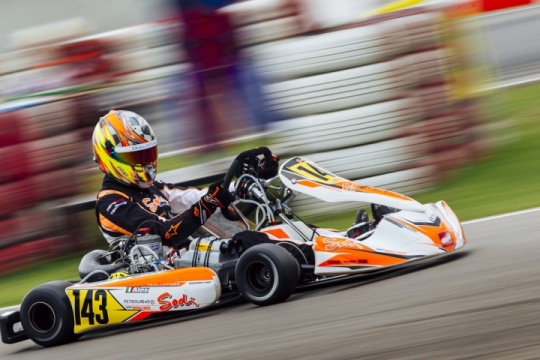 Author: Vroomkart International
Alex Irlando wins a breathtaking final grabbing the head of the race at the last corner on Benjamin Persson. The poleman Riccardo Longhi rounds out the podium.
After the 10” penalty after the last heat, winning the KZ2 Super Cup for Alex Irlando (Sodikart-TM) seemed to be a mission impossible, but he did it.

On lap 3 Zanchetta goes through Longhi and Alex Irlando takes the opportunity and overtakes the BirelART driver too. In the meantime Persson leads with 1,79 seconds on Zanchetta. The following lap Irlando overtakes Zanchetta who loses positions and Longhi grabs the third place.

From that moment the Sodikart driver pushes over the limit recovering tenths of second lap after lap: on lap 8 the gap is 1,402 seconds and on lap 16 only three tenths of second.

On lap 17 Irlando tries to pass the Swede, but he is forced to stay in P2 with Longhi ready to exploit any opportunity. A second attempt happens on lap 21, but also in this occasion he is forced to desist and to defend his position from Longhi.

At the last hairpin Persson doesn’t close the door and Irlando jumps on the inside line and grabs the lead of the race and the title as well. A poulse-pounding race finished in a photo finish! 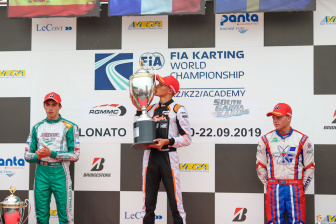 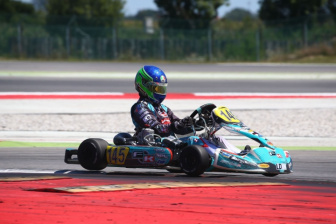 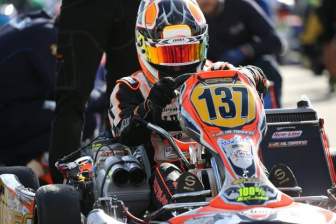 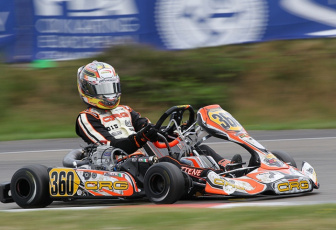