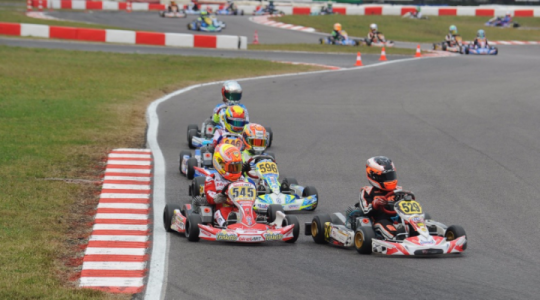 The Mini Rok ranking had been placed sub judice in the post-race, when the competitor Energy Corse srl appealed to the decision of the Sports Judges (Document No. 237), which had imposed three seconds of penalties on the Russian Kirill Smal for the following reason: “The Driver no. 646 was causing an incident. In the Heat concerned he pushed the kart in front of him and following of this manoevre Driver no. 545 lost some positions (proved by relevant video sequence). Having considered the relevant video and after hearing the Entrant and Driver concerned, the Stewards assess this manoevre as an incident according to art. 11 rds 2016. This decision is made in application of art. 11 rds and art. 227 rns.”

According to the standings, now made official, the Rokkers who got on the podium will receive soon prizes and trophies and we will celebrate the appropriate International Mini Rok 2016 Champion Federico Cecchi.