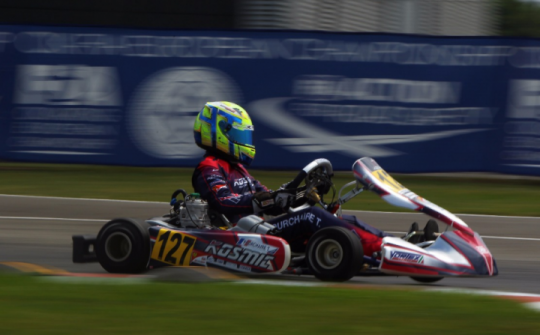 The third round of the CIK European Championship for the OK category and the second round for the KZ2 class will host a very impressive scenario, the Le Mans karting circuit.

In OK class Pourchaire, Basz and Milell own the top ranking positions and can play the leading role until the end of the championship, thanks to the brilliant performances shown so far.
Hicham Mazou, after the first scores won on the occasion of the Spanish race, wants to continue in the wake of that positive trend, while Daniel Vebster can enter the rankings without any problems and wants to do so since the French race.

In OKJ class our Roman Stanek wishes to repeat the good performance shown in the second round of the European championship, closing it, this time, without accidents and with a result that rewards all his efforts and of the team’s.

Axel Bengtsson and Oliver Rasmussen in KZ2 are more than motivated to do well and show their skills. Surely, on the occasion of the French appointment they will do their best.

As always done in all the races run by the Racing Department, we will have a full media coverage with our social pages always active and the chance to watch the final races with the live timing and the TV streaming.