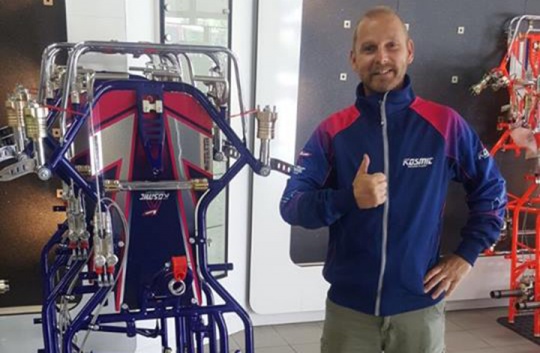 “With the way the teams are differently aligned, we can offer our drivers an even broader range of Motorsport options. A very crucial point in the construction of this new team is that it is completely self-sufficient from the KSM Schumacher Racing Team. From the fleet of vehicles to the equipment and the
team manager, the Schumacher Racing Team was built and structured as an independent outfit.”

After eight successful years as the team boss of his own DR Germany race team, Stefan Bongartz will now be responsible for the management and coordination of the newly-founded Schumacher Racing Team.

Bongartz is definitely no stranger to the Motorsport scene. Beginning from 1999, he supervised the official CRG factory race team and then in 2009, became the first authorized importer of the chassis brand of five-time world karting champion Danilo Rossi. He won some big titles with his own drivers, including the 2014 CIK-FIA KZ2 International Super Cup with Ryan van der Burgt. Now, he has announced this successful collaboration to dedicate himself entirely to the new Kosmic kart team.
“I wanted to take this unique opportunity to oversee a race team from the successful OTK family,” says Stefan Bongartz. “This challenge gives me a new perspective in my beloved sport of karting.”

OTK Germany‘s exclusive importer Ralf Schumacher warmly welcomes Bongartz, “We are really pleased to welcome such an experienced team manager in the ranks of the OTK family. We are very proud that he has chosen us and our concept.”

Stefan Bongartz will present his competitive new team for the first time when they participate in the third round of the DKM - International German Kart Championship at the ProKart Raceland circuit in Wackersdorf.