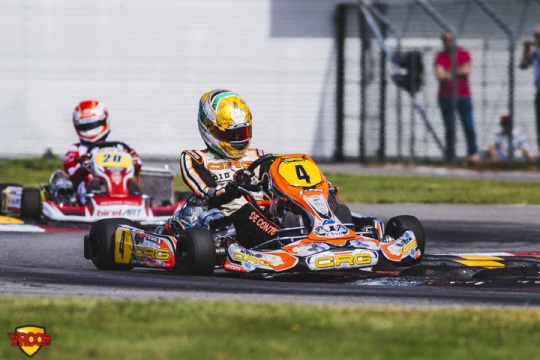 Author: Vroomkart International
The first day of races is gone here in Oviedo and heat underlined the favourite drivers for tomorrow.
OK

Hannes Janker (CRG-Parilla) grabs the head of qualifying heats thanks to three wins out of three races disputed. Different winners in the other races: Paavo Tonteri (Tony Kart-Vortex) took home the B-D heat, Lorenzo Travisanutto (Zanardi-Parilla) won the A-E while the poleman Noah Milell (Kosmic-Vortex) was the winner of the A-B round. Flavio Camponeschi (CRG-Parilla) topped the sheet in the D-E manche.

Paolo De Conto (CRG-TM) strengthens his leadership thanks to two awesome wins. In the first heat the poleman Marjin Kremers (BirelART-TM) had a bad start and slipped in fourth position while De Conto took the head of the race followed by Luca Corberi (Tony Kart-Vortex) who parked his kart out of the track during the first lap due to a technical faiulure. Since that moment he enlarged his leadership on Jeremy Iglesias up to 4.4" under the checquered flag. Third place for Bas Lammers (Sodikart-TM), while Kremers got a penalty for incorrect position of the front bumper. In the second heat De Conto overtook Kremers before the chicane 12-13 in the early phases of the race. Corberi came third. 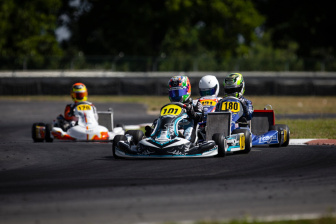