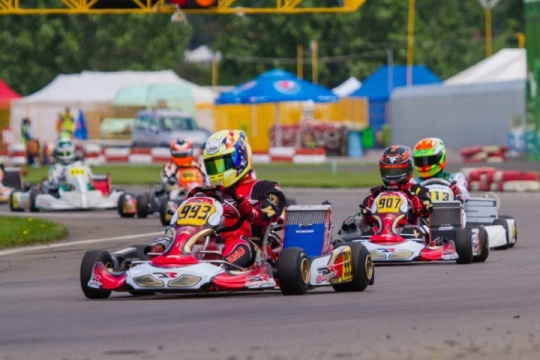 In the KZ2 Daniel Vasile took home both races while his teammate Franco Maria Casagrande finished in third the first round and in sixth the second one. Thanks to this double win Daniel has 17 points more that his runner up.

In the Rotax Shifter class, the DD2, Aldrin Opran dominatd both races finishing the first one with more than 9” over the second!

In the Junior MAX Liviu Udrescu is leading the championship with a win and a second place, while Andra Caill took home a third place in the Senior MAX.

The second race will be held at the Speed Park in Bacau on June 24th/25th.