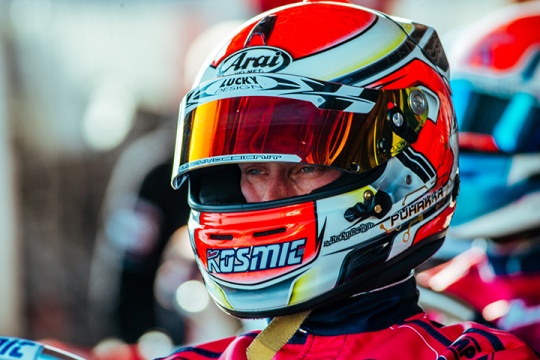 Press Release by: Kosmic Kart RT
A pole position and two heats gained on the occasion of the second round of the European CIK-FIA Championship for KZ class, held in Belgium. Very good performance in Genk for Kosmic Racing Department.
The second race of the European CIK-FIA Championship of KZ class opened with the pole position of the Kosmic Kart-Vortex driven by Simo Puhakka and so, as happened already on the first round in Sarno, our chassis signed the best lap time of the event (51,778).

In the four heats, our drivers, Puhakka and Hajek, won one heat each, although in the final grid they were slightly late due to a few accidents that stopped them at least once.

In the final, Hajek, jumped from the fourteenth position on the starting grid and performed a tenacious comeback which allowed him to sign the best lap of the final, ending in sixth place.

With the scores gained in Genk, Hajek is currently third in the championship rankings, with two rounds still at the end (Spain 11/6 and Sweden 30/7).