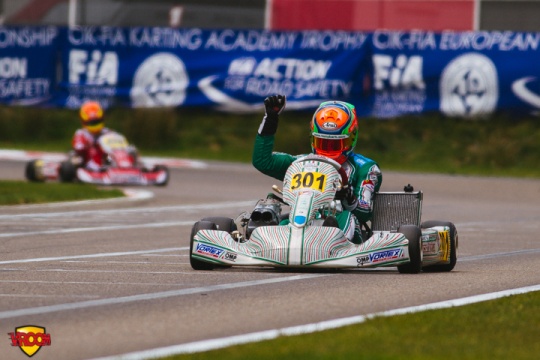 The second round of the European KZ championship shows, once again, the reigning world champion Paolo De Conto (CRG-TM) dominating the race even if Marjin Kremers (BirelArt-TM) attacked him in the last part of the race. Paolo was able to defend the leadership of the race avoiding the contact. After the second event De Conto is now closer to the title. Third place for Stan Pex (CRG-TM) followed by Anthony Abbasse (Sodikart-TM), not in perfect shape this afternoon. Pedro Hiltbrand (Tony Kart-Vortex) at his first race in KZ is fifth under the chequered flag. Kosmic drivers ruined a good performance with bad heats and a poor performance in the final race. Marco Ardigò (Tony Kart-Vortex) didn't race because of his hurting rib. 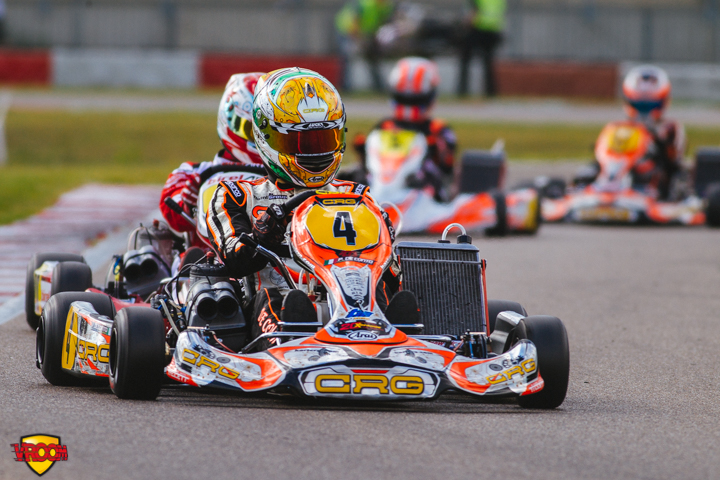 Matteo Viganò (Tony Kart-Vortex) won once again in Genk: after the win of last year, the driver from Milan took the head of the race during the second lap, when he overtook Alex Irlando (Sodikart-TM) and gained eight tenth of second. Alex and Matteo had the same pace and they crossed the line in this order. Great performance for Riccardo Longhi (BirelArt-TM), but he received a penalty after the race. The third place goeas to Leon Köhler (Tony Kart-Vortex) who dominated the whole weekend. 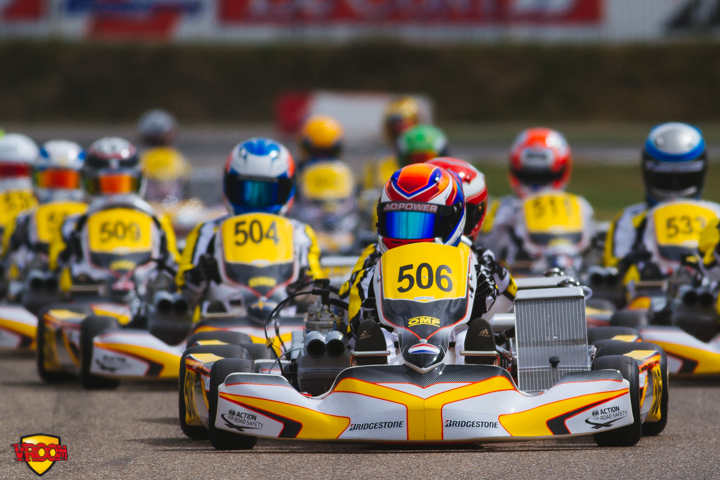