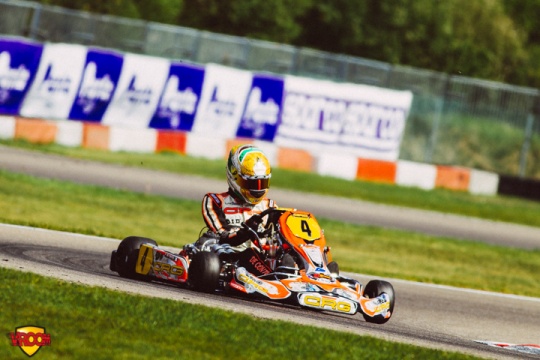 Simo Puhakka (Kosmic-Vortex) throws the pole position away with two bad heats: he breakes the engine in the first one and in the second one passes from the pole to ninth position immediately after the green light. His teammate Patrik Hajek (Kosmic-Vortex) wins the first heat, but in the second one he touches Bas Lammers (Sodikart-TM) while he was fighting in the middle of the group due to a bad start. Paolo De Conto (CRG-TM) recovers a bad qualifying with two positive heats who see him finishing in second position from the eighth position. The Italian champion will start the third and last heat always from P8, but currently he is leading the overall heats ranking. With a third place and a fourth, Antony Abbasse (Sodikart-TM) seems to man who can stop De Conto.

With three wins out of three rounds, KSM Schumacher's Leon Köhler (Tony Kart-Vortex) is unstoppable and leads the KZ2 pack. Wins also for the Sodikart's boys Alex Irlando and Tom Leuillet (Sodikart-TM) who have a really good pace too. 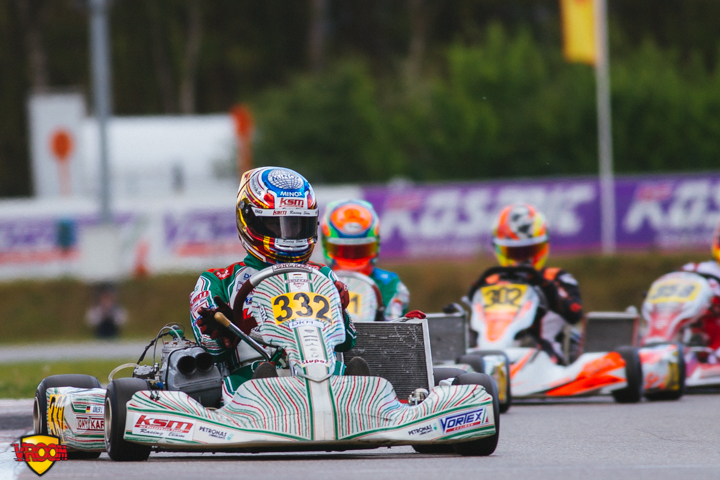 At his second year in the Academy and on his local track Xavier Handsaeme takes home two wins, as many wins as the Dutchman Mike van Vugt. These two guys seem to be the race win pretenders. 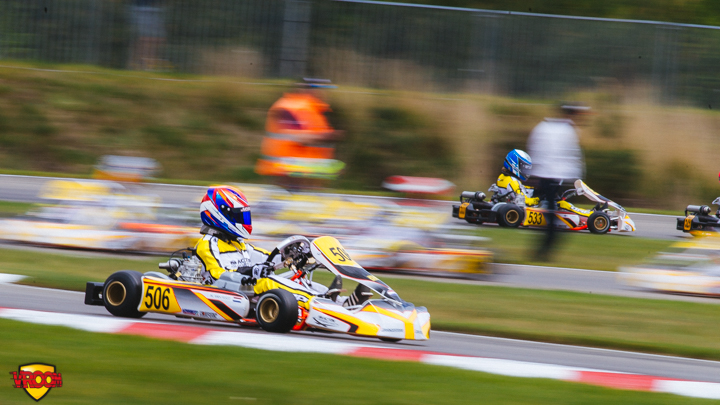 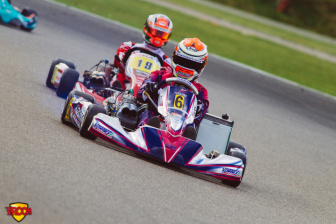