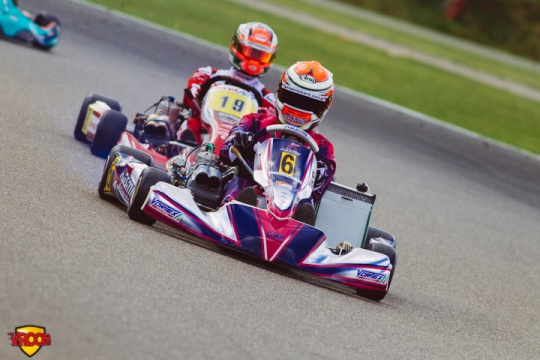 Author: Vroomkart International
Qualifying practices are over, after the break drivers will start qualifying heat to decide the starting grid for finals.
Despite the weather forecast yesterday said rain for today, the sun is shining and the track is dry. Anyway drivers say that the track is a little bit slippery, but that's one of the characteristics of this technical track.

Simo Puhakka (Kosmic-Vortex) relaunches the challenge to the European title and takes the pole position in the qualifying practice in front of Marijn Kremers (BirelArt-TM) and his teammate Patrik Hajek (Kosmic-Vortex). Eighth position for Paolo De Conto (CRG-TM) and eleventh for Marco Ardigò (Tony Kart-Vortex). 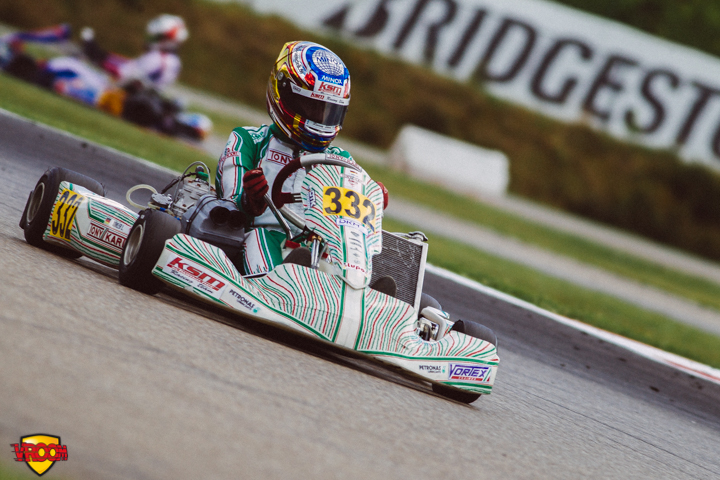 KSM Schumacher's Leon Köhler (Tony Kart-Vortex) is the fastest in the cadet shifter class stopping the chrono in 52.067". Second position, and first of the second group, goes to Martin Van Leeuwen (Energy Corse-TM), while Sodikart Alex Irlando (Sodikart-TM) rounds out the podium in front of his teammate Tom Leuillet (Sodikart-TM). 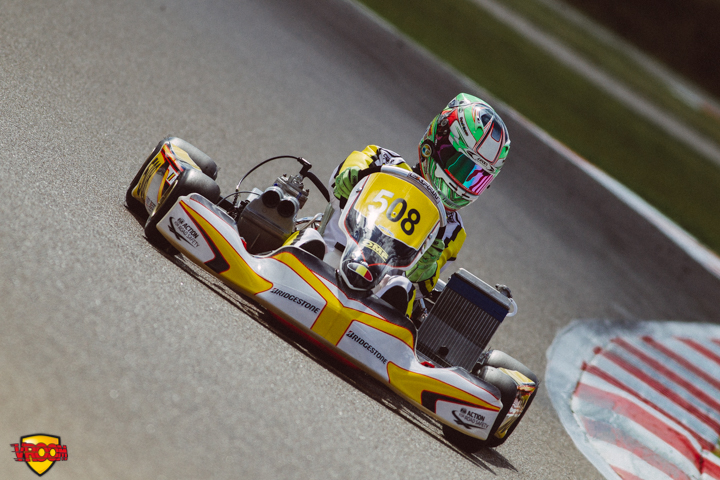 In the first group the local driver Xavier Handsaeme sets the fastest time in qualifying with a best lap of 55.954. The Belgian driver, at his second year in the CIK-FIA Academy Trophy, gets the better of Mike van Vugt who was the fastest yesterday in free practices. Third position for the other Belgian driver Kobe Pauwels, who comes from Rotax environment.