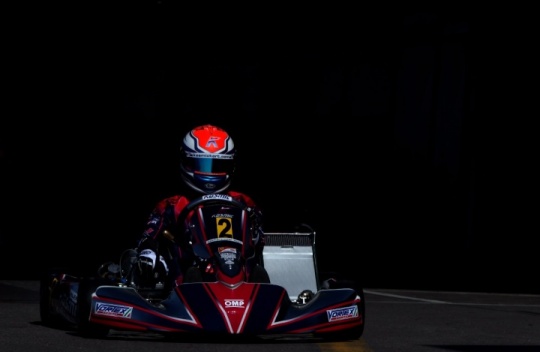 The Belgian event will host the track fight of the shifter categories, KZ and KZ2, respectively at their second and first round of the championship.
In KZ class we have shown the high potential of both our chassis and drivers, to the point of having won the second place with Patrik Hajek, after having fight for the victory still with Patrik and Simo Puhakka.
The provisional ranking, in virtue of the excellent result obtained in the opening competition, sees us in the second place with Hajek and the sixth with Puhakka.
In KZ2 we will get into the tussle with our two young drivers Axel Bengtsson and Oliver Rasmussen, both eager to perform well in such a prestigious setting.
Our team's race, as well as the whole event, will be broadcast in live timing and streaming tv on the official CIK-FIA website. On Sunday, May 14th, starting at 10.00 am, the live streaming of the Genk Horensbergdam circuit will begin, and next week the Motorsport TV channel will broadcast a special report on the continental competition.
In the official @Kosmickart.official page you will also find backstage photos and news directly from within our team.