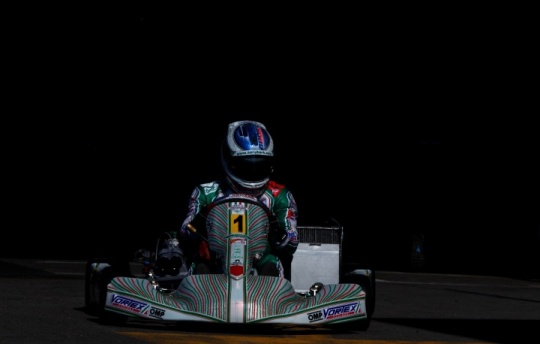 On the Belgian track of Genk, one of the richest tracks in history of the international karting, we will face the demanding European round reserved for KZ and KZ2 class.
After the unlucky debut in Sarno (Italy), where Marco Ardigò was forced to withdraw from the challenge in KZ due to an injury, we go back to the track more determined than ever, willing to making up lost ground and aware that there are three races yet to be run. Just the track of Genk gives us pleasant memories, as here, last season, we conquered with Marco the European CIK-FIA title in KZ.
In KZ, in addition to Ardigò and Luca Corberi, we will also have Pedro Hiltbrand, at his first official appereance in KZ with the Tony Kart colors, since he has been engaged in the OK category so far.
In the first KZ2 round, the official Tony Kart-Vortex chassis will be assigned to Matteo Viganò, Alessio Piccini and the newcomer, the eighteen-year-old Swiss driver Jean Luyet.Like all major international events, also Genk's appointment will have excellent media coverage thanks to official live timing and tv streaming which will allow to enjoy the exciting live videos of the Sunday races.
News and pictures from Genk will be on our facebook and instagram profiles.