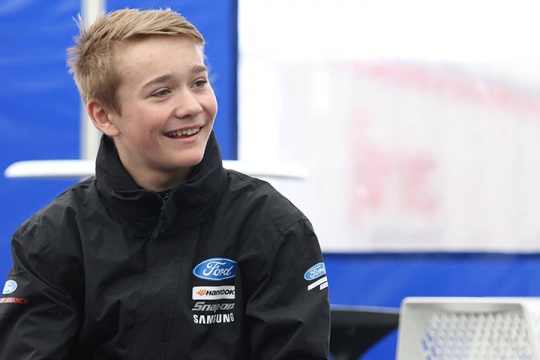 Author: Vroomkart International
We all know that motorsport is dangerous and sometimes drivers get hurt, but the Monger’s crash pointed the light on the good side of motorsport: the passion.
Written by Alessandro Roca.

Scrolling my Facebook home page, it’s full of people who are writing posts with a clear caption: “Motorsport family” and, unfortunately, posts are clear too.

Let’s make a step behind: Donington Park, last weekend. During the final race the driver Patrick Pasma suffered a problem to his Ford powered F.4, driving slowly on the track. The 17-year-old JHR Developments driver Billy Monger moved to the left to overtake the car in front of him, but he found the Pasma’s car.

The crash was incredible and it took nearly two hours to extract Billy from his car. He was airlifted to the Queen’s Medical Centre in Nottingham, but the efforts to save his legs were unsuccessful  and sadly Billy has had amputations to both legs. He was placed in an induced coma while undergoing surgery. A statement from the series said Monger’s condition was “critical but stable” and that his vital signs “are showing progress”. He is expected to be woken up in the next few days.

Billy was in his second season of racing in F4 and is currently sixth in the standings after taking two podiums in the first five races of the year.

This story doesn’t seem to have a good side, but it has one even if it’s small: after the accident the Billy’s family with the JHR Developments team created a crowdfunding page on JustGiving to raise funds for Billy’s benefit, with a goal of 260,000 £. It took slightly less than two days to acheve the budget goal, but donations won’t stop for the moment.

That’s what we call: “Motorsport family”.

Here is the link to help Billy’s cause and below a short gallery provided by Chris Walker to remember him when he was a kart driver.

Don’t give up Billy! Stay Racing.