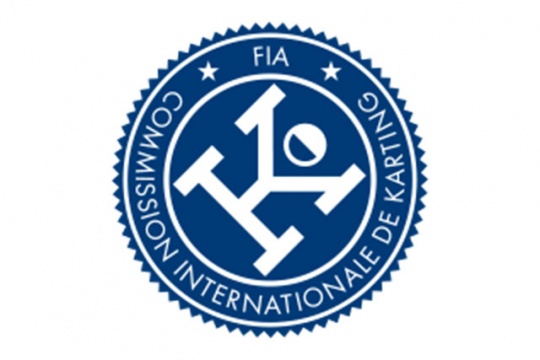 Press Release by: FIA Karting
Just before the CIK-FIA European round in Sarno, here is something that you should read.
OK AND OK-JUNIOR: FINANCIAL BONUSES FOR THE 2017 CIK-FIA EUROPEAN CHAMPIONSHIPS

WSK Promotion will give a sum of €250.00 to all OK and OK-Junior Drivers registered for the entire 2017 CIK-FIA European Championship and who participate in the Kristianstad Competition (SWE) on condition that they also participated in the Alahärmä Competition (FIN) the previous week.

The FIA Women in Motorsport Commission and CIK-FIA are delighted to announce the continuation of their seven year partnership which provides a young female kart racer with the opportunity to compete in the CIK-FIA Karting Academy Trophy. This year, 12-year-old Valeria Vargas from Colombia will receive a funded drive in this low-cost educational formula.⠀⠀

The youngster, from Bogota, started her kart career at the age of six in the Baby Max category and was instantly recognised with an award as a promising racer in 2012. The following season, in her debut in the Micro Max category, she finished fourth overall and successfully went on to race in two national championships during the 2014-2015 season, Easy Kart Colombia and Rotax Max Colombia.⠀⠀

Her career continued on a high during the 2015-2016 season and she was crowned champion of Easy Kart Colombia (Infantil) and Rok Cup Colombia (Mini Rok), and finished runner-up in the Rotax Max Colombia (Mini Max), just one point away from the title. In 2016 Valeria contested a new edition of the South American Rotax Max Challenge, in Peru, where more than 120 international drivers made it one of the most competitive in recent years. Here, Valeria competed in the Mini Max category and finished third, qualifying for the Rotax Max Challenge Grand Finals later that year. Previously, her efforts have also rewarded her with recognition at the FIA Sports Americas Awards.⠀⠀

The 2017 CIK-FIA Karting Academy Trophy takes place over three races, kicking off with the opening round in Genk, Belgium, over the weekend of 13/14 May.⠀

Throughout the seasons, since its launch in 2010, the CIK-FIA's one-make introduction to International Competition has continued to meet with success and reveal the future talents of tomorrow's motor sport. For its 8th edition, the CIK-FIA Karting Academy Trophy is filled with young Drivers from around the world who are determined to enrich their experience and get noticed.

The CIK-FIA Karting Academy Trophy is a one-of-a-kind competition designed to bring together the world's best hopefuls on equal terms. Young Drivers between the ages of 12 and 14 represent their country at the wheel of identical randomly drawn karts, with Exprit chassis and Vortex engines from the OK-Junior category, equipped with Bridgestone tyres.

The list of entries of the 2017 edition includes 51 Drivers, including six females, from 39 nations on five continents. Chile, Colombia, Kuwait, Morocco and Peru are among the new countries attracted by this Competition where the skill of the participants takes precedence over the financial aspect.

OTK Kart Group, which won the tender for the chassis and engines for the CIK-FIA Karting Academy Trophy for the 2016, 2017 and 2018 seasons, is also continuing its efforts in terms of prizes. The winner of the CIK-FIA Karting Academy Trophy will be invited to participate in the CIK-FIA World Junior Championship held at PF International (GBR) in September 2017 in one of the official teams of the OTK Kart Group. The CIK-FIA will also offer the top five of the general ranking of the 2017 Academy Trophy, free of charge entry to the 2018 CIK-FIA Championship of their choice. This prize can be valued on average at €2000 per Driver.