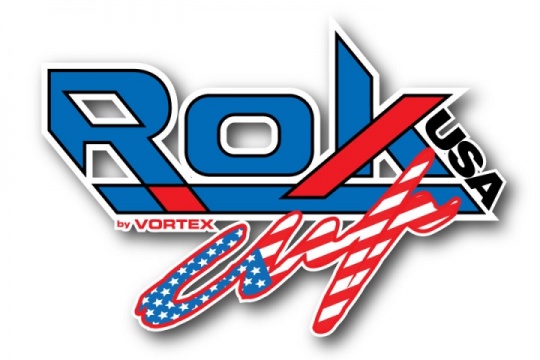 Press Release by: Rok Cup USA
Orlando Kart Center to host final round in April
The fourth round of the ROK Cup USA Florida region is just around the corner, kicking off in exactly three weeks. With the Championship Finale event fast approaching, ROK Cup USA officials have information that all potential and confirmed entries must know. With three rounds of Florida Winter Tour now complete and the ROK Cup Champions crowned, Rokkers now move into the ROK Cup Florida, ROK Cup Midwest, ROK Cup USA Epcot Challenge, and ROK Cup USA Finale Championships to be held up and down the eastern half of the United States.

Entering the weekend, Senior Shifter is led by none other than former Formula 1 and IndyCar ace, and current Brazilian Stock Car driver Rubens Barrichello, with Formula K Kart factory driver Gary Carlton in second and AKT's Jimmy Cabrera in third. No word has been released as to Carlton's entry, however Barrichello and Cabrera were quite the sparring partners throughout the final event weekend of the Florida Winter Tour. Senior ROK is led by frontrunner Ryan Norberg of PSL Karting, with J3's Austin Garrison just 30 markers in arears in second.

In the Junior ROK category, Tyler Gonzalez has truly begun running away with the championship, as he sits nearly 300 points ahead of Matheus Morgatto in second. Trailing the two of them is Ocala Gran Prix team driver Dylan Gennaro as he looks to make his mark evident in 2017. The Vortex Mini ROK title chase is a bit different, as first to third is separated by less than 200 points. Luca Mars, Reece Gold, and Connor Zilisch have been going head to head since Homestead earlier this year and will look to settle the score in Orlando. In another tight championship battle, Vortex Micro ROK sees Miguel Costa 100 points ahead of Jesse Carrasquedo Jr. while Alex Powell enters the fourth round third in points.

The season is just about in full speed and ROK Cup USA is ready to provide and present the karting scene with prestige racing and top-notch client service. Join the action in Orlando and "Let's ROK" in 2017!