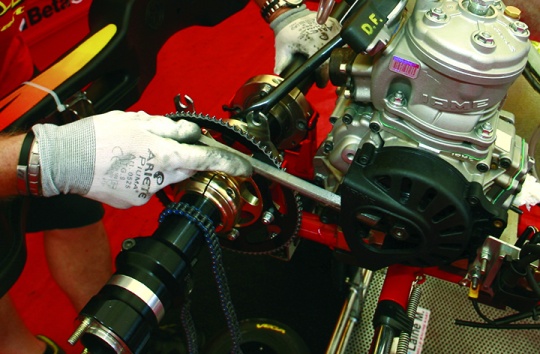 Author: Vroomkart International
There are many details, many things that those who love karting and have been practising it for a long time do almost automatically, without thinking, some of them are even thought to be natural. However, these operations are not natural for newcomers to karting, those who have just stepped into this fantastic but also dangerous world. Let’s see if we can give you all some advice so that the first time won’t be … your last time.
Written by Maurizio Voltini. 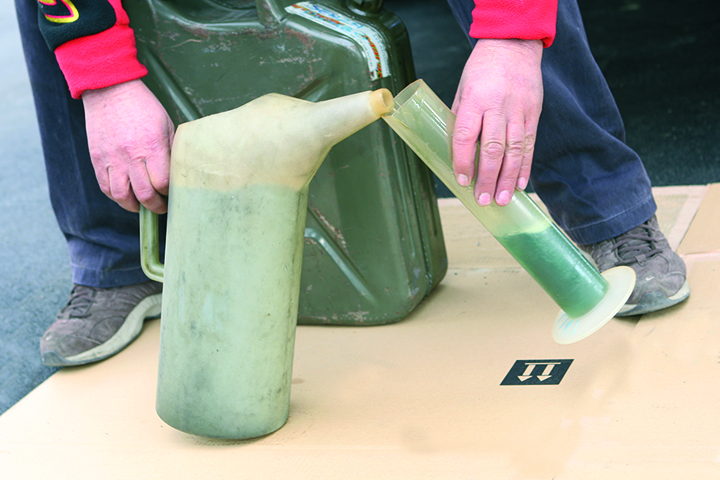 So far we have talked about petrol or fuel, but we know that, in 2-stroke engines like those mounted on racing karts, they use a mixture, that is, a combination of petrol and oil. The latter must obviously be oil for “fuel mixture”, but not only, is we talking about racing engines so it must also be a lubricant. Use a measuring cup for measuring and respect the percentage given by the engine manufacturer or tuner. Don’t forget to “wash” the measuring cup after with the same mixture, so that you don’t leave a lot of oil (that “sticks” to the walls) and to mix it well by shaking the tank (better if it is a metal tank). Try not to use old mixture of oil: the fresher it is the better. 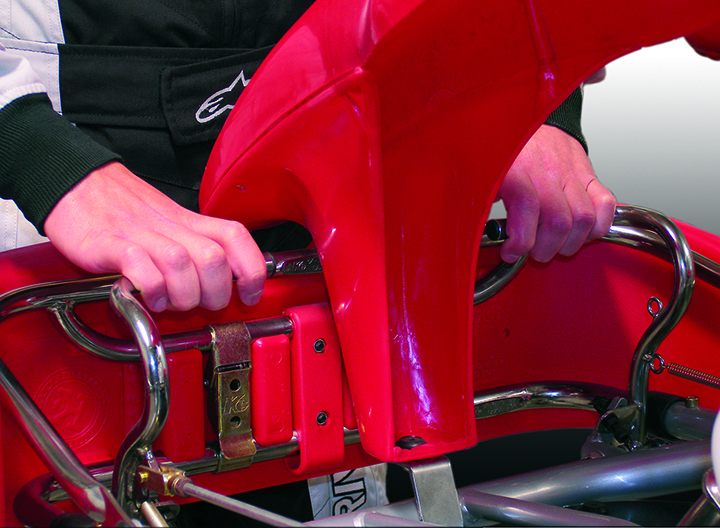 It may seem a compulsive game for children, but “pressing” both pedals on the kart before going onto the track is something that isn’t only advisable, but it is also an important precaution. Check to see that the brake works properly. In fact, if we find that the left pedal goes freely right down, we will thank God for having found out while we were at the pit instead of at the first braking point along the track! At the same time, it is very important to check that the accelerator pedal works properly too: it must run smoothly, without any “jumps or starts”, and above all it must spring up immediately without any hesitation. And while we are about it, check to see that the cable doesn’t remain in a taught rest position and that, on the contrary, the carburettor “opens up completely” when the accelerator pedal is pressed right down. 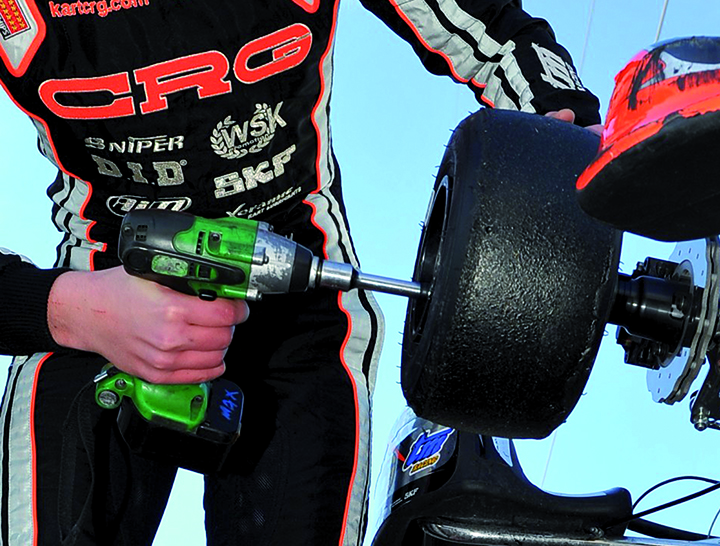 The first thing we saw was how the nuts should be locked correctly, but there is more: in fact there are some nuts and elements that must be force locked and blocked the have to be adjusted. One example are the nuts on the brake spindle: these are for keeping the hubs on the front wheels in the correct place, but the wheels should be free to turn smoothly! So, these nuts have to be locked so as to allow the thicknesses or shims (on the track) to turn freely by hand, without leaving any allowance. Also the “top” support of the steering column must be locked to prevent it from unscrewing, but it must be done leaving the steering wheel to turn. Obviously, in both cases it is better to use self lock nuts in perfect conditions. In the end, a chain stretcher, if there is one, must not be pointed tightly against the engine, but just rested against it (some even leave half a millimetre of air) obviously tightening the locknuts well (yes, these must be well locked). 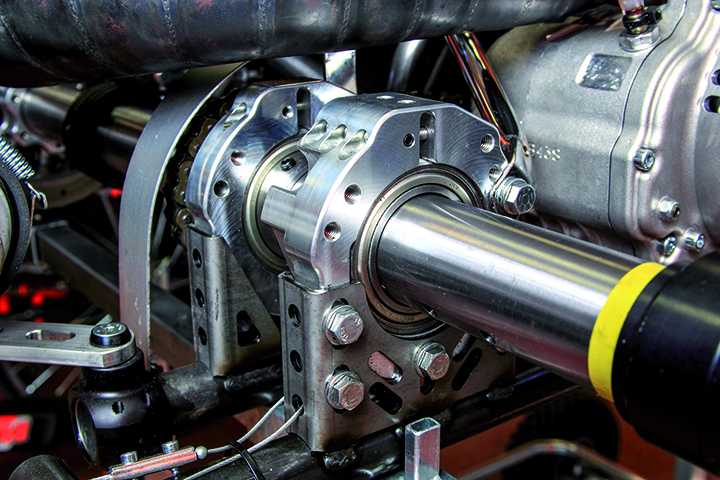 Naturally, some general advice must be added to what has been so far said, for example checking that all the nuts and bolts are there (sometimes you do lose them) and they must be appropriately locked. This is something that can be done at home before or after going to the track, and it isn’t as boring as one may think. When checking to see that all is ok, watch out for cracks in the chassis (there may be some if it is old), especially in front of the axle supports. While a warning for newcomers (this is more for them, isn’t it?) who have bought a second hand kart, is that if they find a third axle bearing (the central one behind the engine) without the grains that lock the “stem” or even with the support screws loosened (or even not there), it doesn’t mean to say that there is something missing, but more a sort of adjustment setup, as this influences rear carriage behaviour.. Obviously things are different on the other two bearings... 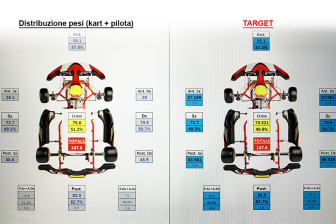 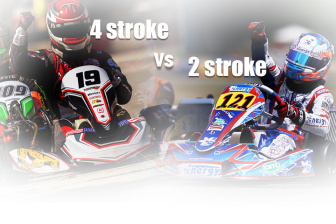 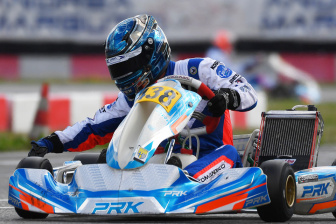 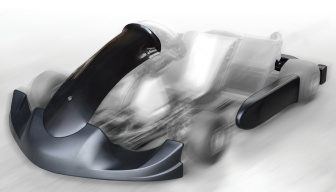