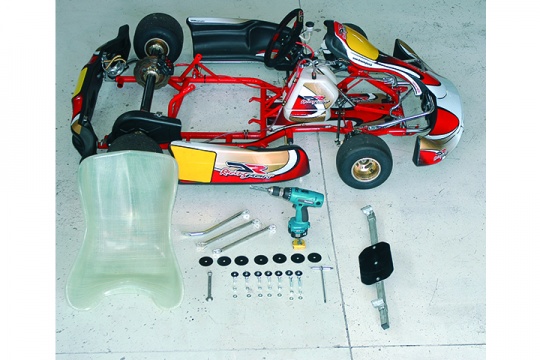 Author: Vroomkart International
With the good weather and the new racing season here, maybe there is a new kart too. One of the things that need to be done is mount the seat: let’s take a look and see how to put this indispensable “accessory” on our kart properly.
written by Maurizio Voltini.


Spring is almost here, and you can at last go back to enjoying a few laps at the circuit. Maybe we have a brand new kart to use for the new racing season. Or we may have bought a second hand one, but the previous owner wasn’t the same built as we are. In both cases, a new seat must be mounted on the kart. An operation that should never be underestimated, either because we could suddenly find ourselves on the asphalt, or because the position of the seat does determine that of the driver to, whose weight is important in positioning the barycentre of the kart and the repartition of weights between the two axis. Therefore, the position of the seat must be checked carefully, and changed according to our needs: for example, if our class mounts harder tyres, probably it is better to move the seat a bit further back by about one or two centimetre to guarantee more drive and stability.
Anyway, let’s see what needs to be done.

First, make sure that the seat doesn’t touch the round where the wheels are, to do this there are three tools like those seen in the picture, which moreover acts as a rest base underneath holding it for the next operations and leaving our hands free to work. Don’t forget though that the height off the ground is a “setup” parameter, therefore the seat is lifted either due to rainfall or if there is really little grip. Another thing, the supports must be right close to the seat: in this case too, there are special levers to use for “bending”, but maybe even a hammer (as long as it is made of wood resin) will do.

As previously mentioned, the driver’s position is very important indeed, so that means the seat position is too. It has to be placed accurately in the right place. Usually, chassis manufacturers give the required parameters. The most important parameters for correct positioning are height of the upper border compared to the axle and the distance of the upper borders from the cross member in front of the chassis, however height from the base and the distance from the steering wheel is also very important. It is better to be patient and spend a bit of time to get all these measurements right, even if at times, it is a challenge.

Once you have found the right position for you seat, using a felt tip pen, mark the place where the bore for fixing the seat should go before you accidentally move and lose it. Set the drill to fast, as to reduce the “chips” of fibreglass when making the bores. Put the screw in the bore, without tightening it, as soon as you have made the bore; this will help the seat to remain in its place.

The lower supports are more difficult to handle because there have to be shims so as to be able to adjust seat height. Normal washers will do, with a wider one touching the seat; maybe you can wrap them in adhesive tape to make the operation easier.

Now the supplementary brackets, they are useful for giving the seat some extra support, but also to get a better kart setup, seeing that they “download” the driver’s weight directly onto the axle. These too must be very carefully and geometrically linear, being careful that on the engine side it will almost be necessary to curve them so as not to interfere with the cylinder or the exhaust.

It is very important to foresee and have some “washers” of about 5 cm in diameter: not only do they supply support on more surface, making the seat last longer, but whatsmore they are an important safety element (and for this reason they are compulsory by regulations) because in case of a crash they stop the supports from going through the seat (and then the driver…). Make sure that the screws don’t just out too much inside. 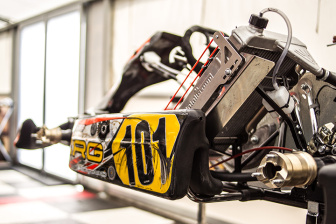 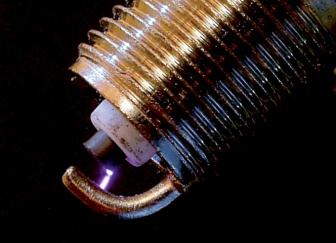 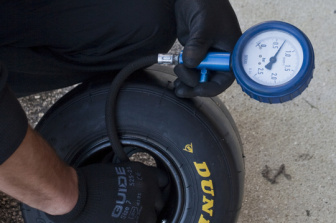 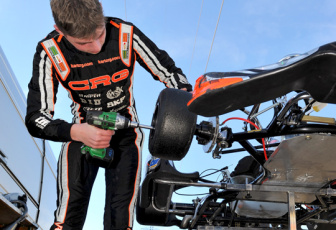 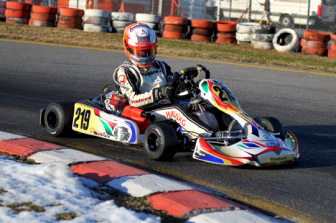