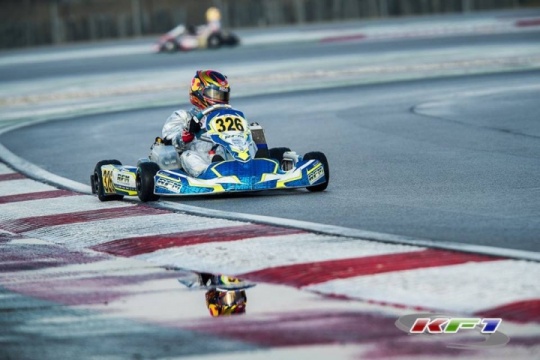 Author: Vroomkart International
The Junior drivers get ready for the final race: Leonardo Marseglia and Pavel Bulantsev will share the firs row this afternoon.
Written by Alessandro Roca.

Henry Thompson (FA Kart-Vortex) takes the lead after the start thanks to the contact between Jack Doohan (FA Kart-Vortex) and Leonardo Marseglia (Zanardi-Parilla), but the Australian driver takes the lead back. Marseglia joins Thompson and they start duelling for the runner up position, while Jack Doohan takes advantage of the battle and gets away from the pack. Thomposon slips into fifteenth position, and Dexter Patterson (BirelArt-TM) steps on the podium. On lap six Marseglia takes the lead of the race and builds a considerable gap, crossing the line in first position.