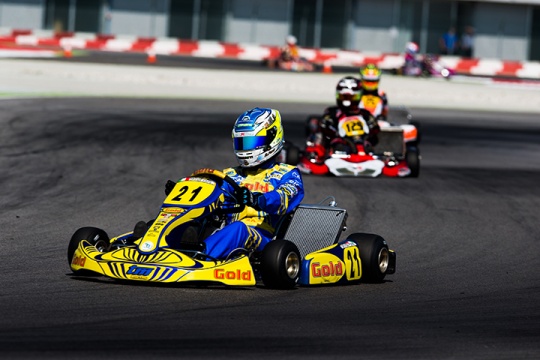 Press Release by: WSK Champions Cup
250 drivers enrolled for the first appointment of the 2017 international season, which drivers need to be monitored?
Written by Alessandro Roca

Here we are: the traditional “start” usually set by the Winter Cup held at Lonato this year has been moved up by a month by WSK’s organizers, kicking off the season this week-end at Adria. Positive or negative? It depends on points of view: with a season which lasts from January to November you surely will need a very high budget, young guys will miss a lot of days of school and furthermore the cold could play a crucial, and dangerous, role. Only one thing is sure: all eyes will be on the WSK Champions Cup, so the De Donno’s goal is fully accomplished.

Let’s start to analyze the entry list from the lowest category, the 60 Mini, which generally offers really hard fought races. Above the others there is the name of Andrea Kimi Antonelli, he’s a driver by background thanks to his father Marco, team manager and driver of Antonelli Motorsport. The new entry of the Tony Kart Racing Team is the first official driver in 60 Mini. The young Andrea can count on the experience of Giancarlo and Giovanni Minardi, being a Minardi Management driver. Baby Race fields a batch of talented drivers, starting from Nikita Bedrin, who was the fastest on Saturday during the collective test of last week, and follow the others: Alessandro Cenedese, Ruslan Fomin, Andrei Dubynin and Brando Badoer, son of Luca, former F.1 driver. CRG’s breeding ground followed by Gamoto field, among the others, Luca Giardelli, Adam Putera and Alfio Spina, all potentially capable of a great performance. Parolin takes the young and talented Gabriele Minì from Sicily, protagonist of the 2016 WSK Super Master Series against Michael Paparo, who will race with the Formula K Junior Team and who topped the time sheet on Sunday last week.

In the OK Junior there is the Italian duo racing with Chiesa Corse composed by Leonardo Marseglia and Mattia Michelotto, who under the guide of Dino Chiesa will stand out of the pack. In the cadet category two major contenders are Ward Racing’s Russian Ilya Morozov and Pavel Bulantsev. Tony Kart fields the new entry Viktor Gustavsson, while their “cousins” of Kosmic Racing Department will field Roman Stanek. CRG counts on two French new entries Gillian Henrion and Evann Mallet alongside Brazilian Gabriel Bortoleto. Second season in OK Junior with Ricky Flynn Motorsport, and it needs to be the better one, for Jack Doohan, son of Mick Doohan, former Moto GP rider.

In the shifter class, all eyes are on the master Davide Forè who will count on Vortex engines tuned by Renda. Tony Kart’s colours will be defended by Alessio Piccini and the new entry Matteo Viganò. Same choice for the Kosmic Racing Department: only Oliver Rasmussen and Axel Bengtsson will race this week-end. In CRG debuts Alessandro Giardelli, who steps into KZ2 directly from Junior category. The young Italian driver can count on the huge experience of the two Pex brothers and Flavio Camponeschi. David Beckmann backs in karting from the last race in 2014, and he will race with CRG Keijzer racing team. From formulas make their return to karting also Alessio and Leonardo Lorandi with their own team Baby Race. Felice Tiene debuts with BirelART, after 10 years spent with CRG, while Alessandro Irlando is at his first race with Sodi Kart. Last but not least Tom Joyner passes to shifter class (as anticipated to us in Bahrain), but he remains with Chiesa Corse. 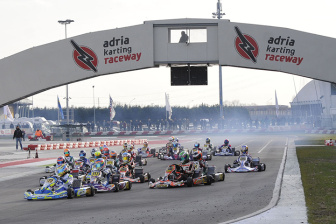