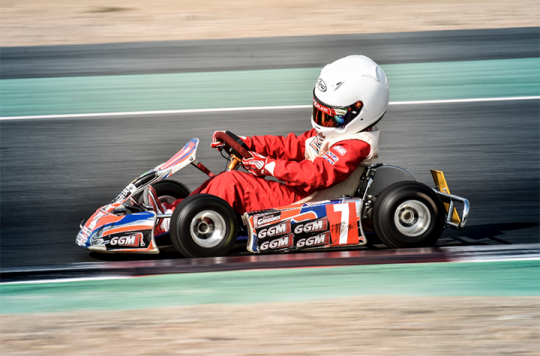 F4 UAE driver Sean Babingtonmade a great getaway to start the Final Race and looked set to run away with it until a collision in the backfield halted the race with a red flag. When racing resumed, Babington came under great pressure and almost gave up the lead on several corners.  Once he fought off the challengers and regained control, Babington sailed in for the victory, 0.901 seconds ahead of Abdullah Al Rawahi.  Mauricio Hernandez claimed third.

In a hard fought Junior class Manaf Jaafar Hijjawi crossed the finish line first, just 0.249 seconds ahead of Vaskelis Kasparas, who was closely tailed by Denis Bahar to take third.

Diaraf Keinde nabbing the lead in the final two laps and hanging on for the win by just 0.949 seconds over Finn Morton.  Alexander Renner trailed in for third.