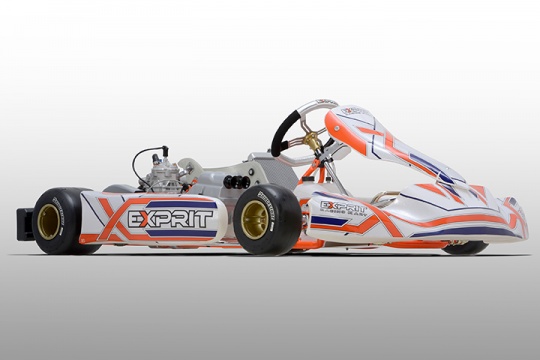 Press Release by: OTK Kart Group
Thanks to their technical qualities and performance, the Exprit chassis contributed to the success obtained with the CIK-FIA Academy Trophy. Improve the quality of high-level products already is a real challenge, pursued by OTK’s Research and Development department. This work has enriched the already formidable models we are presenting today with a new captivating graphic design.
NOESIS S AND THOOS S

The upgrade on the new models also resulted in lighter frames, so the NOESIS S and the THOOS S allow drivers to handle with the weight distribution even better.

KZ. The models reserved to the shifter categories are distinguished by a frame particularly designed to better suit the technical specifications of KZ engines. The frames of this category have now the seat support connections modified, to allow a better housing. That’s not all. The clutch lever of the new NOESIS S and THOOS S has been totally renewed, granting noticeable ergonomic benefits. It can actually be mounted on several types of steering wheel hubs now, including the inclined wheel, also allowing many driver’s driving position adjustments.

The new chassis will be available from January 2017.