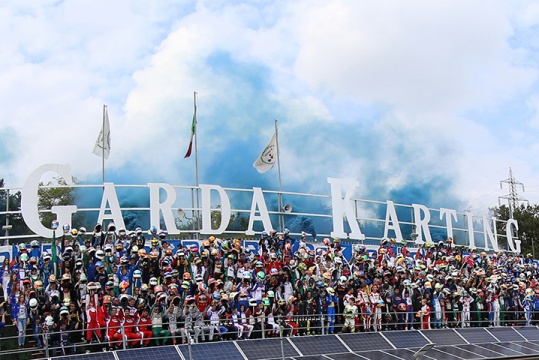 The highest presence at South Garda Karting during 2016 has been recorded by the Rok Cup International Final, that this year scored a new high of 413 drivers. Regarding the races directly organized by the circuit, the traditional early season race Spring Trophy – whose two rounds  featured respectively 292 and 141 drivers on track – and the 26th Autumn Trophy – with 270 and 265 drivers partaking to the two rounds – have been the cornerstones of the season in terms of participation.

The interest towards the very important international race Winter Cup that opened the season has been very high. The 21th edition of this event saw in fact 266 drivers on track. The two races organized by Parma Motorsport – i.e. the 27th Trofeo Andrea Margutti that saw 149 drivers at the start and the Trofeo delle Industrie with 214 drivers, have scored positive figures too. Important numbers were also obtained by the new South Garda Karting Trophy had 171 drivers at the start, by the National Easykart Trophy 128, and by the 3rd Summer Trophy 264.