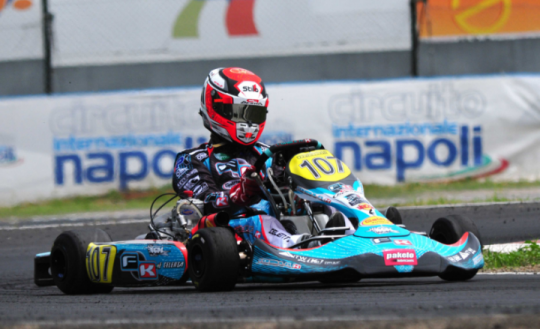 Press Release by: FIA Karting
The CIK-FIA Asia-Pacific Championship for KZ will take place as last year in China, from 8th to 11th December 2016 at the Kartodromo de Coloane in Macao.
The holding of this Competition owes much to the will of its organiser, the Automobile General Association Macao-China, which has once again spared no effort. The field, with a slight increase to 28 entries, this year includes 14 nations, distributed equally between Asia and the rest of the world.

The novelty of the CIK-FIA Asia-Pacific Championship for KZ in 2016 concerns the tyres and the opportunities spurring the Competition. The drivers may use the tyres of their choice from those approved by the CIK-FIA. They will bring their own tyres with a barcode to Macau and have them registered by the technical commissioners.

The Automobile General Association of Macao-China has done its utmost to cover a significant part of the costs, particularly with regard to accommodation. This initiative attracted six European drivers and five Australians against the three drivers from Macao and five from Hong Kong. The overall standard is expected to be higher than in 2015.