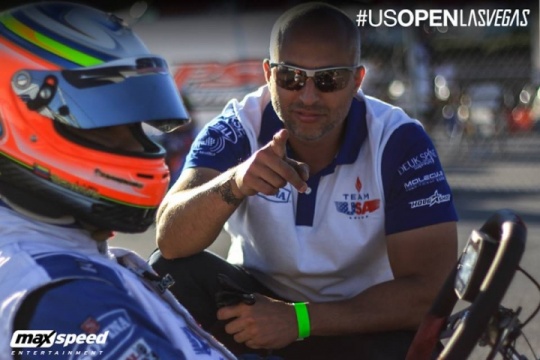 Austin Garrison wins the final round by 0.518 seconds over Jordan Sherratt. Third step of the podium for Marco Dileo. Thanks to this win Garrison enlarges his advantages on runner up David Malukas, fifth in the final race, and grabs title win.

Tyler Gonzalez takes home final and title wins, getting the better of Ryan Macdermid for slightly more than three tenths of a second in the final race and seven points in the championship classification. The leading duo opened a considerable gap of more than two second on the third classified: Jose Miguel Alvarado.

Santiago Trisini wins the third round, but the second place is enough for Diego LaRoque to take home the title after the Rotax MAX Challenge Grand Finals won in October. Third place for James Egozi who finishes in fifth the championship.

With an advantage slightly higher than a tenth of a second, Christophe Adams grabs the third and last round of the 2016 US Open followed by Luis Schiavo and Nathan Mauel. Clean sweep for Adams who takes home also the title.

Ryan Kinnear crosses the line in first with his runner up Chris Jennings six seconds behind him. Gianfranco Casadei is in third with a gap higher than eight seconds. Same order also in the championship classification, so Kinnear takes home also the title.

Sodi driver Jake French earns the final race ahead of Sabre Cook and Jake Craig. The championship classification replies the order of the final race, giving French the title.