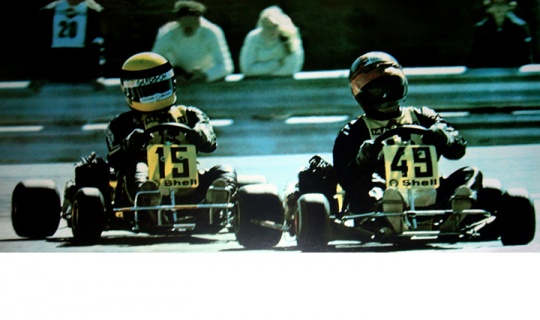 Author: Vroomkart International
Ayrton Senna defined him as the best driver he had ever raced against: “He was fast and consistent, for me he was a complete driver” Senna said. Ladies and gentlemen, the legend Terry Fullerton.
1964. Mallory Park, UK. The 21 year-old Alec Fullerton dies during a motorcycle race when his brother Terry is only 11 year-old. Alec was a racing enthusiast and his family let their kids succumb to his passion, and Terry was no exception. He wanted to stay in motorsport, so his father directed him towards karting, much safer than motorcycling.

Terry makes his debut in karting in 1966, and he wins the British Junior Championship. His talent was so evident anyone would have bet on him. He continues his karting career winning the Junior National title in 1967 and also in 1968. In the Seventies, he turns his attention to international competitions and wins the  RAC British Senior Championship, the CIK-FIA European and World Championships, and the Hong Kong Grand Prix in 1973.

In 1978 Terry was a karting icon, one of the most talented driver on the field: official driver for Zip Kart and DAP. In that year a young skilled Brazilan driver joins them: Ayrton Senna. Fullerton the paid professional, Senna the paying newcomer. “I first met him when he was hanging around the DAP factory. He wasn’t like a normal driver, he was very intense—a bit quiet, a bit solemn. He was very bright though.” said Fullerton.

Since that moment, one of the most tough rivalry ever started. Terry recognizes that his new teammate is fast from their first test session in Palma, Spain. Anyway the British champ is not concerned about his teammate: he knows that he is the best also out of the track, when tuning his kart could be crucial for the final result.

The relationship between the two drivers is good for the first two years, 1978 and 1979. Then there were the 1980 Champions Cup in Jesolo: Senna wanted to be number one, while TF won every single race he competed in, except for the World Championships when, with a large lead, his engine blew up. Their relationship changed on that day in Jesolo: after Fullerton’s aggressive last lap maneuver, they rarely spoke to each other again. Fullerton never thought of Senna as his main rival: “He was one of three or four, someone you’d pay attention to, but by no means the only one” he said. The day after the race, Ayrton was lying in a deck chair near the pool still angry after that race. He had been beaten in a race he had dominated up to the last lap. TF stands on the edge of the swimming pool laughing and joking with his mechanic. Senna cannot contain his anger, he jumps to his feet, storms over and pushes his rival into the pool.

Senna hated finishing second and Terry Fullerton was the one driver he could never master.

The following year Senna moved into car racing, and the rest is history. TF never passed into car racing: he couldn’t risk his parents losing another son to motorsports. In those days, the odds of surviving a career to F1 were against you. “At that stage, there were three or four F1 drivers that died every year,” Fullerton says. “I didn’t fancy that at all. I suppose what happened to my brother was a catalyst to that thought process.”

After his retirement in 1984, Terry coached karters until 2015, when he came back to karting as a chassis manufacturer, first with Parolin and then with Birel. 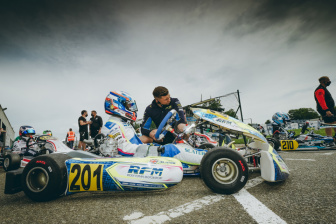 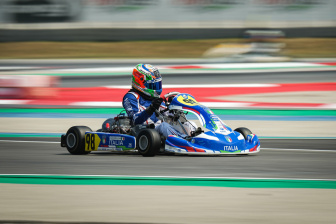 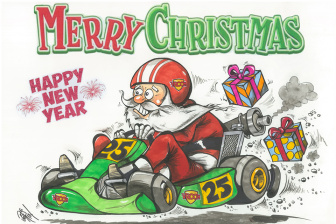 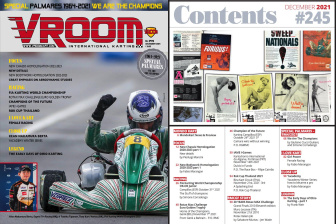