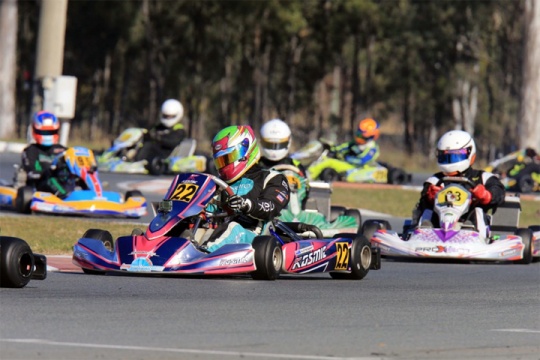 Press Release by: Kartsport NZ Inc.
New Zealand karting's Stewart sisters, Ashleigh and Madeline, head a four-strong Kiwi group contesting the final round of the 2016 Australian Kart Championship at Melbourne's Todd Rd kart track this weekend.
Ashleigh, 17, ended up best of the four-strong Kiwi squad at the fourth round of the 2016 series at Ipswich in Queensland in July, with a 12th in the TaG125 class. In her first drive in a 6-speed gearbox- equipped KZ2 class kart, Madeline, 15, also did well, crossing the finish line 22nd in the Final.

The sisters, from Wellington, will be joined by two other Kiwi karters at the meeting, Melbourne-based Tokoroa ace Bradley Tremain who will compete in the KZ2 class, and young gun Liam Sceats who races in Cadet 12.

The weekend meeting begins a busy fortnight across the Tasman for the Stewart sisters, who are also set to contest the 2016 Australian Rotax Pro Tour's Grand Final meeting at Dubbo in rural New South Wales, over the October 01-03 weekend.