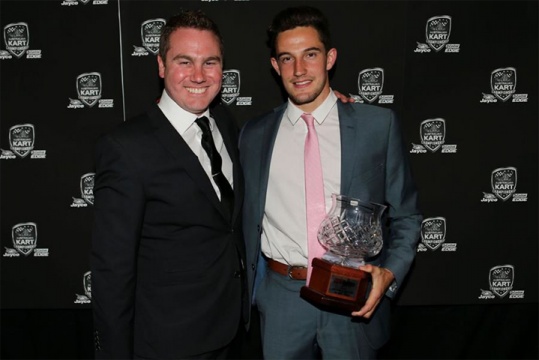 Press Release by: Karting Australia
Competitors in the Australian Kart Championship will share in more than $120,000 in prizes when the Championship wraps up this weekend at the Todd Road Karting Complex in Melbourne.
Among the prize pool are 12 opportunities to compete in overseas karting events and eight new engines. Two (2) Vortex Mini Rok engines for Cadet 9 and 12 competitors, four (4) IAME KA100 engines for KA4 Junior and KA3 Senior Competitors and two (2) IAME X30 engines for X30 competitors will be presented.

The winner of the KZ2 class will represent Karting Australia at the 2017 CIK-FIA Winter Cup, WSK Champions Cup or the International KZ2 Super Cup.

The KA1 and KA2 Champions will receive a fully funded trip to compete in the Vortex Rok International in Italy. The Cadet 12 Champion and Runner-up will join them at the event.

In the IAME-powered classes (KA4 Junior, KA3 Senior and X30) both the Champion and Runner-up will receive an Arrive and Drive package to the IAME International Final. The Champion in each of these classes will also receive a $1,500 travel allowance.

The TaG 125 victor will receive $5,000 funding towards competing in the 2016 SKUSA SuperNationals in Las Vegas.

A full list of the prizes for the top finishers in the Championship can be found by clicking here.

Also set to be announced during the Awards Dinner at Etihad Stadium on Sunday evening are several special awards courtesy of Official Tyre suppliers - Bridgestone, Dunlop and MG Tyres. All three tyre suppliers have already given away thousands of dollars’ worth of new tyres at State Championship and regional competitions in 2016 under sponsorship agreements with Karting Australia.

The Bridgestone Supercup will reward a driver from the Cadet 9, Cadet 12 or KA4 Junior class for their sportsmanship across the year with an impressive trophy and $1,000.

The Dunlop Determination Award will be presented on Sunday Evening for the first time, and it will be presented to a driver in each of the KA3 Senior and KA2 Classes who has shown tremendous spirit towards the sport and their competitors, no matter how their event is going or where they sit in the Championship standings. They will each receive a hand crafted carbon fibre and CNC aluminum trophy along with a cheque for $1,500.

The MG Tyres Driver’s Driver Award will be presented to the driver who has been voted on by his peers as the greatest ambassador for the Championship. This award is not only based on a driver’s on track success but their presentation and attitude off the circuit as well.