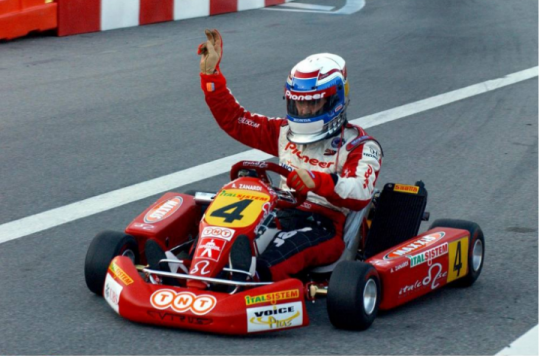 Author: Vroomkart International
Alessandro Zanardi has done it again: second gold medal for handbike at the Paralympics in Rio 15 years from the date of the accident that changed his life, but not his determination to get to where others wouldn’t even dare.
We often hear about Alessandro Zanardi and in many case they “praise” his willpower pointing him out as a hero. Maybe they don’t know that heroes only exist in mythology, in real life there are men whose dreams are even greater than their malevolent fate.

And here he is, Alessandro Zanardi from Castel Maggiore has managed to double a Paralympic medal in handbike at the age of fifty, making a mockery of rationality and pain. Yet again it’s greater than him. 15 years and 24 hours from the crash that called for his last rites by the chaplain of Lausitzring, in Germany, here he is once again rising as a giant without lower limbs on to podium step in the most important sports race.

“Where does he find such strength?!” everyone asks. The answer is that Zanardi has always managed to get something extraordinary out of something where most would only see darkness. But he sees that ray of sunlight much brighter than anyone else.

A sister who died in a road accident, which makes his parents give away his scooter and replace it with a go-kart that he gets on the day when there was a terrorist attack at Bologna’s train station. Then there were the very hard fought early laps at the circuit: forever last, but well aware that he was the best. Just try and say he was wrong.

See you in October on Vroom Magazine.