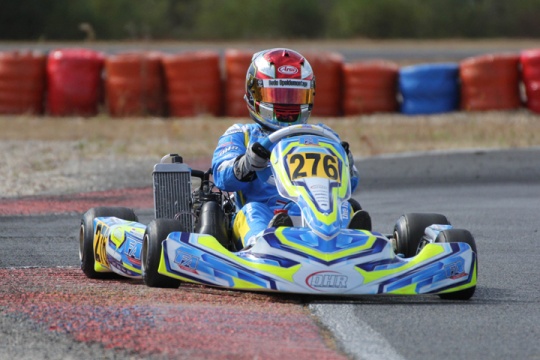 Author: Vroomkart International
Dylan Buys strikes them all in Junior, as Constantin Schoell does in DD2. Breathtaking duel for the win between Lars Lamborelle and Frenchman Adrien Renaudin in Senior.
Junior

Enzo Valente and Dylan Buys start greatly after the start and trying to pull away from the pack. In the meantime, championship pretender Mark Kimber starts from grid seventh and immediately tries to find his way to the top. The young Brit driving for Strawberry Racing team fights hard to reach the podium, and, after battling against Tamino Bergmeier and Jean Nomblot, he finally steps on lowest podium place. It takes only a few laps to understand that Dylan Buys has another pace. The Duthcman shows the way from the first position passing on the finishing line with more than seven seconds of advantage over Enzo Valente in second.

It’s not over until the chequered flag, and Adrien Renaudin knows it. Lars Lamborelle starts from the pole position and he holds it while trying to open a gap over his rivals. An accident between Denis Mavlanov and Jordan Brown helps the polesitter who makes the better of this situation gaining a little advantage on the Frenchman. Now the chase begins: Renaudin pushes as hard as he can to catch the leader, but he is not fast enough to overtake him. The last lap of duel is simply breathtaking. While the leading duo fights for the win, behind their shoulders Denis Mavlanov loses the third place in favour of Brown.

The final race seems to be only another day in the office for Constantin Schoell who simply pulls away from the pack managing the gap until the chequered flag. Ville Viiliainen follows the leader from the second position, without a possibility to attack him. Italian Cosimo Durante tries to defend the third position from Dzianis Slavinski but the Dan Holland Racing driver gets the better of him on lap seven, stepping on the podium. 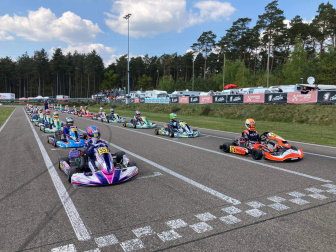