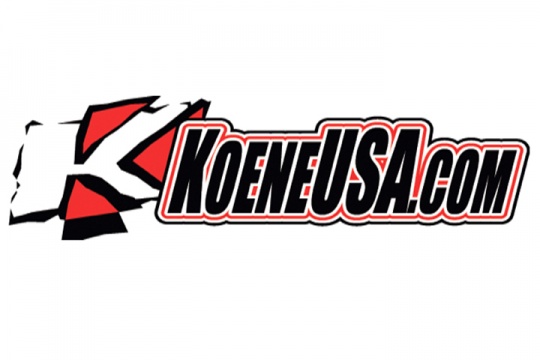 Press Release by: Race Tech Development
Five drivers set to do battle in wine country.
Fresh off a very successful SuperKarts! USA (SKUSA) SummerNationals, Team Koene USA will make the long trek from Indiana to California. Departing New Castle Motorsports Park and heading to the SimRaceway Performance Karting Center in the heart of Wine Country, the Indiana based squad will bring a quintuplet of drivers scattered amongst four Rotax divisions in their hunt for National Championships and invitations to represent Team USA at this November's Rotax MAX Challenge Grand Finals in Italy.

"While it is a long cross country trek, we are going to be competing at one of the most picturesque facilities in North America and with a strong five driver squad," explained Mike Maurini, Team Principal for Koene USA. "Along with our drivers who will be out on the racing surface fighting for victories, we will have our fully stocked Team Koene USA race trailer providing trackside sales for every driver and team in attendance."

Walker Hess will be back with Team Koene USA for his second event and will enter the Rotax Senior class. Joining the squad back in June at the second round of the US Open, Hess quickly adapted to the Koene USA program and ran in the top-five throughout the weekend. Showing strength earlier in the season at the Rotax Challenge of the Americas event at SimRaceway, Hess and Team Koene USA will be looking to improve on those results and steal the victory.

Two fierce competitors will enter the Rotax Junior class as Zoey Edenholm and Nathan Ratton will once again be behind the wheel of Team Koene USA prepared Tony Karts. Edenholm is fresh off a pole position and a pair of podium results in New Castle in the X30 Junior class and will return to Rotax competition for the first time since Utah. As one of the favorites in the Rotax Junior class, Edenholm will be guided by long time karting tuner Ricky Luther in their quest for victory.

Nathan Ratton, coming off arguably his strongest event ever with Team Koene USA, will look to continue the momentum upwards in his final season as a junior driver. Competing for less than two full seasons now, Ratton finished in the top-five in both speed and finishing results during multiple heat races at the US Open in Utah before claiming a 13th place effort in the main event. Classified in the ninth position after the heat races, Ratton showed the aggressiveness and the awareness to run with some of the top junior drivers in the country and will look to do the same in Sonoma.

Competing with Team Koene USA for only two events now, Rotax Mini Max driver Jak Crawford has claimed two podium results. Finishing third at the US Open of New Orleans and second at the US Open of Utah, the trend seems to be a successful one for the Texan driver as he will look to climb one more stop to claim another United States Rotax MAX Challenge National Championship. Showing the speed to run at the front and the race craft to follow, Crawford, just as Edenholm is in the junior class, is one of the drivers to beat in Sonoma after solidifying his presence with a pair of victories at the facility back in March at the final round of the Rotax Challenge of the Americas.

James Egozi will join Team Koene USA for his second event in three weeks and his first Rotax event for Team Koene USA as he will throw his hat in the mix in Rotax Micro MAX. The talented up and coming driver is one of the fastest and smartest eight-year-olds in the country and will look to the Team Koene USA knowledge to make his march up the motorsports ladder. Immediately showing cohesiveness in the first event this past weekend in Indiana, a nasty flip and bent chassis could not keep Egozi out from competition as he rebounded to run inside the top-ten before contact in Sunday's main event took him out of competition.

With on track action set to begin for unofficial practice on Wednesday, qualifying will take place on Thursday afternoon will set the grids for Friday's three heat races. Saturday will see a short morning warmup and prefinals before lunch while the gloves come off Saturday afternoon for the main events and the chance to be crowned the 2016 United States Rotax MAX Challenge Grand National Champion.

For more information on Koene USA and their online store, please visit www.TeamKoeneUSA.com or contact company representatives at 317.270.8723 or via e-mail to Info@KoeneUSA.com. Team Koene USA is also very active in social media and can be found on Twitter at @KoeneUSA or on Facebook at www.Facebook.com/KoeneUSA.