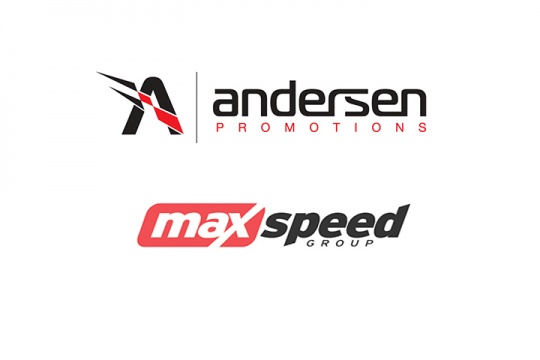 Press Release by: MAXSPEED GROUP INC.
Kimball/Pigot Part of Judging Panel for Two-Day USF2000 Test Awards.
Joining forces in 2014, Andersen Promotions and the MAXSpeed Group announced today their continuation of the Mazda Road to Indy (MRTI) Driver Advancement Program in 2016. After two successful years of exposing qualified Rotax MAX Challenge (RMC) drivers to the first rung of the MRTI ladder system, two drivers will be chosen to participate in a two-day test in the Cooper Tires USF2000 Championship Powered by Mazda during off-season testing.

“Kart racing is the foundation for all forms of motorsports,” explains Richard Boisclair, President of the MAXSpeed Group. “Through our continued alliance with Andersen Promotions, the Rotax MAX Challenge is a clearly defined path to the Mazda Road to Indy. We have already seen success with the program, and 2016 is sure to be just as rewarding.”

The 2016 program will be open to participants from all countries who have competed in a MAXSpeed Entertainment promoted event in 2016, including the Florida Winter Tour, US Open and the United States Rotax MAX Challenge Grand Nationals. The selection process will begin with an initial application, due August 31.

Applications will then be narrowed down to 12 finalists in September, who will move on to videoconference interviews with an elite panel of judges which include Verizon IndyCar Series drivers and Mazda Road to Indy graduates Charlie Kimball and Spencer Pigot. Past judges include Josef Newgarden, Simon Pagenaud, James Hinchcliffe and Gabby Chaves.

The judges will then name two drivers to the 2016 Driver Advancement Program, who will be awarded two-day USF2000 tests at the Indianapolis Motor Speedway road course on October 8/9 as part of the annual Chris Griffis Memorial Open Test which features all three levels of the Mazda Road to Indy.

“I want to thank Charlie and Spencer for giving back to the sport by donating their time to help in the selection process,” said Michelle Kish, COO of Andersen Promotions who, alongside Boisclair, will participate on the judging panel. “Both were accomplished karters early in their careers and they will add much insight to what is always a hard decision process in going from 12 highly qualified finalists to two winners.”

Interested applicants must be at least 14 years of age by October 8, 2016 due to licensing requirements. Drivers participating in the Las Vegas US Open finale will need to be registered by August 31 to be eligible.