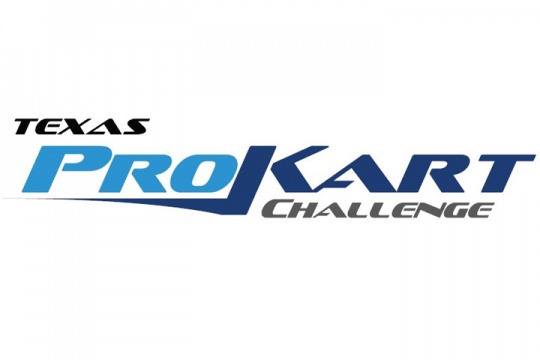 Press Release by: ProMedia Motorsport
Registration now open for fifth season of Superkarts! USA regional and US Rotax Max Challenge program set to begin May 20-22.
Regional racing in the sport of karting continues to grow across North America. Among the leaders in the promotion and success of programs includes the Texas ProKart Challenge. Beginning in 2012, the Texas PKC brought together the current and future stars of Superkarts! USA and Rotax Max Challenge competition, battling at the top facilities in the Lone Star State and Oklahoma. The program was launched by kart shop owner and businessman Dave Pauly, assembling a strong group of officials and crew members to provide the largest events each season for the southern region of the United States. The series now takes new ownership under the guidance of Mark and Gina French, with the new era of the Texas ProKart Challenge set to begin in 2016.

“Our mission is to provide a quality traveling race series with the ultimate fairness and customer service you can find anywhere, all while providing a fun atmosphere and strong competition,” stated new Texas ProKart Challenge co-owner and series director Gina French.

Among the first duties was securing the title sponsor for the 2016 season. Texas Barge & Boat Inc. has been among the top supporters of the series for the past few seasons, and has signed on as the title name for the Rotax Max Challenge portion of the series this year. The Texas Barge & Boat Rotax Max Challenge program gives racers ‘punches’ toward competing at the annual United States Rotax Grand Nationals - set this year for August 3-6 in Sonoma, California - and an opportunity to earn a ticket to compete at the ‘Olympics of Karting’ - the 2016 Rotax Grand Finals set for Italy this October. Five divisions of the US Rotax Max Challenge will be provided at the Texas PKC throughout the season (Senior, Masters, Junior, Mini, and Micro).

The Texas ProKart Challenge is among the first programs to help expand Superkarts! USA competition back east after its debut of the SKUSA Pro Tour in 2010. Texas PKC is once again serving as one of the leading SKUSA regional programs, offering eight of the organizations Stock Moto and IAME categories. S1 Pro, S2 Semi-Pro and S4 Master are the shifterkart divisions with the X30 Senior, X30 Master, X30 Junior with Mini Swift and Micro Swift completing out the TaG section of the series. Texas PKC competitors who enter and compete in the first three events are eligible to take part in the SKUSA SuperNationals Priority Pre-Entry Program for the 20th annual event scheduled for November in Las Vegas.

Four facilities, covering the Houston to Dallas to Oklahoma corridor, fill out the 2016 schedule for the Texas ProKart Challenge for 2016. In just a month away, the series opens up with the first two rounds of the eight-race championship at the North Texas Kartway, home of the North Texas Karters. The opening weekend will feature a complimentary kick-off dinner during the weekend, welcoming all the competitors to the new era of the Texas ProKart Challenge.

Three weeks later, competitors head north to the famous Oklahoma Motorsports Complex, among the most challenging circuits in North America. Teams head south to the Houston area in July for the final chance to earn US Rotax Max Challenge punches and tune-up for the Superkarts! USA SummerNationals, traveling to the Gulf Coast Kartway. The 2016 Texas PKC finale will be a three-night spectacular, racing under the lights at the popular Dallas Karting Complex.

Registration for the opening rounds of the Texas ProKart Challenge is available online at the series website until Sunday, May 15 at midnight. Additional updates are available texasprokartchallenge.com and be sure to find Texas ProKart Challenge on Facebook, Twitter and Instagram. Any companies interested in sponsoring or supporting the 2016 program are encouraged to contact Mark French via mfrench@texasprokartchallenge.com.