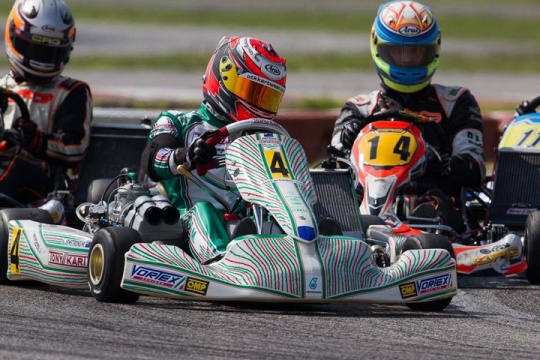 Press Release by: KartSport New Zealand
This year's CIK-FIA European KZ & KZ2 Karting Championships kick off in France this weekend with young Kiwi karter Marcus Armstrong one of 27 of the world's top kart drivers lining up to contest the premier KZ class title.
The meeting is being held at the Circuit International D'Aunay in Normandy in northern France with Armstrong, at just 15-years-of-age, one of the youngest competitors in the 6-speed gearbox/125cc KZ category.

Practice at the Essay track begins for the KZ and KZ2 classes tomorrow (Friday) with qualifying and heat races on Saturday and Pre-Finals and Finals on Sunday,

This year's CIK-FIA European titles will be contested over three rounds, the second in Spain in May and third in Belgium in July.

The Finals day will be livestreamed from http://www.cikfia.tv/live-tv.html