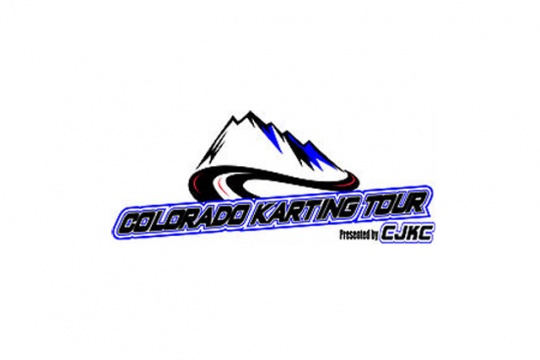 Press Release by: ProMedia Motorsport
Eight race grassroots championship series opens up in Morrison, Colorado.
The Rocky Mountains area has been a silent hotbed for motorsport and the karting community. The recent decade has seen its ups and downs within the Colorado karting scene, featuring a number of high profile events in the state, and a number or prominent drivers calling the Centennial State home. During that time, the Colorado Junior Karting Club was formed to promote the development and family-fun atmosphere of racing for kids 5 to 15 year-of-age. The program has continued to enjoy success year after year, and 2016 marks the expansion to promote the new Colorado Karting Tour.

The 2016 Colorado Karting Tour, presented by the Colorado Junior Karting Club, is a traveling series that will include International Kart Federation Region 4a categories and United States Rotax Max Challenge categories. This mixture of programs provides a place for nearly every type of kart in the Colorado community a place to race in the best seven of eight-round championship format, visiting four different facilities. Two trips in 2016 take racers to the Action Karting facility at the Bandimere Speedway in Morrison, featuring a 0.63-mile course with 17 turns. The first opens up the season and the second closes the series, with the penultimate round set to be held under the lights during a night event. SBR Motorsports Park hosts the CKT program twice as well in 2016, located in Calhan, about 80 miles from downtown Denver. Three events of the Colorado Karting Tour take racers to the IMI Motorsports Complex in Dacono with the infield course of the Pikes Peak International Raceway in Fountain completing the roster of facilities. Weekly trophies and medals will be awarded for all classes with the end of year banquet to be held mid-October, including champion jackets and trophies for all classes.

A total of 13 classes will compete in the one-day race schedule, featuring a wide variety of age groups and engine selections. The Colorado Junior Karting Club is the IKF Region 4a series, with ALL categories of the Colorado Karting Tour competing for the regional championships with title winners earning the champion jackets.  The addition of the United States Rotax Max Challenge divisions give Rotax racers the opportunity to accumulate the needed number of punches to participate in the US Rotax Grand Nationals this August. All Rotax categories will utilize the Mojo compound per class regulation. All Colorado Junior Karting Club divisions compete on the MG Red compound with 206 Senior on the Duro Tires. The following is the classes for the 2016 Colorado Karting Tour:

The new series got its unofficial start to the season on April 10 during a ‘Run Your Rust Off’ event at IMI facility. A warm-up, qualifying, pre-final and Final were provided for the eight race groups followed by the B2 Energy Trophy Presentation. In total, 55 drivers took part in the event with Junior 1 Cadet and the 206 Senior group each featuring 15 drivers. The weather was perfect for an early April event with people able to get out and meet new faces, young racers make new friends and familiar rivals getting reacquainted before the championship chase begins. The racing staff is a new combination of workers, with Chip Korenek as the Race Director, Eric Gunderson as Head Flagman, and Ian Francis controlling the grid. The crew kept the event on time and running smoothly, setting the stage for what should be an exciting 2016 Colorado Karting Tour.

To enter for this weekend’s opening round of the Colorado Karting Tour, head to the Registration section of the website. Continue to check ColoradoKartingTour.com and be sure to like them on Facebook for upcoming information.