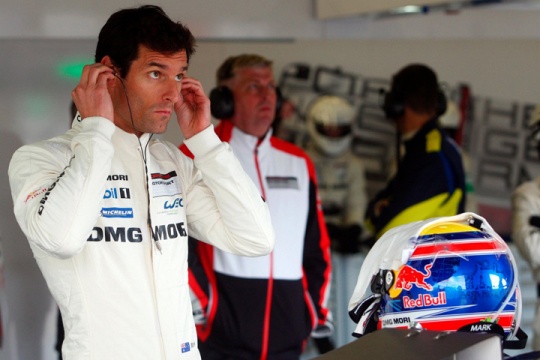 Press Release by: Karting Australia
The Canberra Kart Racing Club will officially name their Fairbairn Park Circuit in honour of 2015 Federation International De L’Automobile (FIA) World Endurance Champion and nine (9) time Formula 1 Grand Prix winner Mark Webber on April 29.
The ceremony will see the Webber family along with a number of local dignitaries attending the Circuit during the first day of competition of the NSW State Karting Championships. with a BBQ celebrating the club’s most successful driver following the formalities.

Mark Webber started his motor racing journey at age 14 at the Fairbairn Park track in Canberra and has maintained a relationship with the Canberra Kart Racing Club throughout his 26 year motor racing career. He has regularly visited the circuit during visits home to Queanbeyan on occasions offering advice, and providing instruction to other up and coming junior drivers from the club.

Mark Webber will become the only Australian Racing Driver to have a circuit named in their honour, and aligns him with other F1 contemporaries like Michael Schumacher (Germany), Fernando Alonso (Spain), and Alain Prost (France) who all have karting tracks honouring their achievements in their own home countries.
The renaming of the circuit is the first part of a $3.6 million development slated for the site, the club is undertaking a major refurbishment which, includes extending the length of the track and installing state of the art viewing and club facilities that it is hoped will see Circuit Mark Webber obtain international level sanctioning.

Former members of the Canberra Kart Racing Club along with members of the public are welcome to attend the naming ceremony, which will commence at 4pm Friday 29 April.

The renaming of the facility to “Circuit Mark Webber” not only acknowledges Mark’s achievements, but also is a significant milestone in the clubs $3.6M master plan to create Australia’s premier kart racing facility on the site.

The Canberra Kart Racing Club (CKRC) has already spent $100,000 on engineering, planning, and approvals and now is moving towards the construction phases of the plan.

Karting provides a solid positive economic impact to the Territory:

Increasing the capacity of Circuit Mark Webber to hold larger Championship events, such as the Australian, NSW State Championship, Stars of Karting and Power Tour events increases these benefits significantly. Competitors for the 2016 NSW State Championship are expected to exceed 200, compared with 80 -100 for a club event.
Championship events are held over three days compared to a single day club event. Additionally, Championships are proceeded by an influx of competitors and teams “testing” at the track in the months leading up to the event itself adding to the economic benefits to the Region.

Hosting International events is the ultimate goal of the master plan. In the meantime, the extension allows Canberra to bid for more national and state events. Costed over ten years, the $3.6M upgrade of the facility is expected to generate more than $170M in incremental revenue to the region.