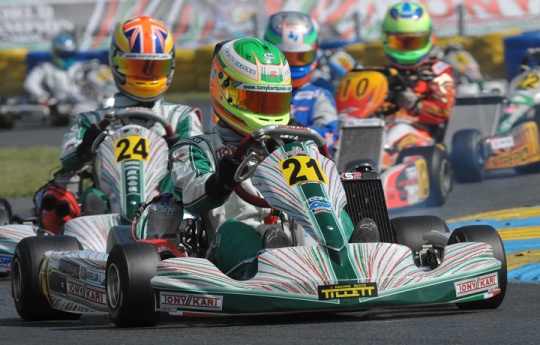 Management companies in sports such as football, tennis, rugby and golf represent the world’s leading junior athletes and draw upon their knowledge to ensure their young protégés make the correct decisions at the correct times in order to maximise their potential. WHSG contends that motorsport should be no exception.

Over the course of the last six years, WHSG has worked with some of the world’s pre-eminent racing drivers in series spanning the FIA Formula One World Championship, Verizon IndyCar Series and the FIA World Endurance Championship (WEC), building up relationships with almost every manufacturer in the sport along the way. IndyCar podium-finisher Jack Hawksworth and factory Alpine sportscar star Gustavo Menezes are just two of the drivers on the agency’s current roster.

“It is no secret that to make it as a professional racing driver, you must be exceptional,” commented Harfield. “As a European Champion, we feel Jordan understands what it takes to succeed and we trust his eye to spot the upcoming stars of the sport. Over the past few years, we have assisted drivers in their progression from the junior single-seater ranks through to the pinnacle of the sport, but we have also seen young karters who wish to pursue a career beyond karting, facing the problem of not knowing which path to take. Consequently, during a critical phase of their development, a driver could receive the wrong advice or run with the wrong team, resulting in an inaccurate representation of their potential. It is well known that motorsport is a fickle world, and a bad season or two can prematurely curtail the career of a hitherto promising young driver. Our objective is to ensure that true talent is given ample opportunity to shine, and we look forward to working with Jordan to help propel the most gifted competitors of the current generation onto the fast track to success.”

“I’m delighted to be teaming up with WHSG to work on this exciting and thoroughly worthwhile initiative,” echoed 23-year-old Welshman Chamberlain, whose glittering CV – comprising the British and European crowns, Kartmasters trophy and CIK-FIA World Karting Championship runner-up spoils – leaves him perfectly-placed for his new role. "Raw ability is clearly the most important element in any sportsperson’s armoury, but if you’re not in the right place at the right time, then no matter how quick you are, you’re going nowhere fast. Britain has a proud heritage in motorsport, and we want to make sure that the cream continues to rise to the top. I can’t wait to get trackside to keep tabs on tomorrow’s world champions and race-winners.”