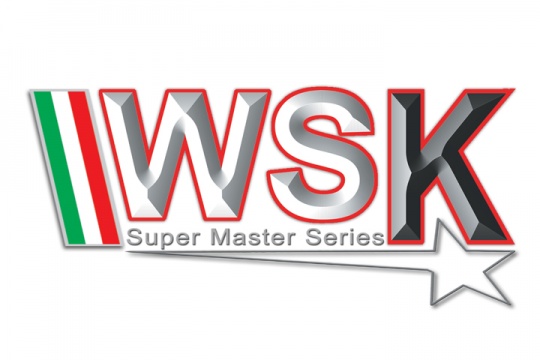 Press Release by: WSK Master Series
At the world circuit La Conca in Muro Leccese, the third round of the WSK Super Master Series is on stage.
WSK DRIVERS READY FOR THE FINAL SPRINT

The WSK Super Master Series has arrived at the first appointment of the second half of the season: the next event on schedule at the World Circuit La Conca in Muro Leccese, Southern Italy, from 31st March to 3rd April is, in fact, the third round out of four of the Series of international karting organised by WSK Promotion. The race is going to be a crucial one for those drivers who aim at a big result in order to prepare their path in single seaters, dreaming to arrive in Formula 1. This year, too, the average number of scrutineered entrants in the two previous rounds of Castelletto di Branduzzo and Sarno has been always well above 200.

SPECTACULAR OVERTAKINGS BOTH ON TRACK AND ON VIDEO

The springlike weather in Muro Leccese, will be the ideal setting to attend the races at a facility which is only ten kilometers away from the seaside of Otranto: that's a smashing combination between a top level sports event and tourism. However, WSK Promotion will provide a full media coverage of the races on 3rd April – starting with the Prefinals – thanks the live streaming available on the official website wsk.it.

SPRINTING TOWARDS VICTORY IN WSK

The weekend at the La Conca facility is going to be exciting since its beginning in the free practice on Thursday 31st March. Every moment could be decisive: the qualifying on Friday 1st April, the heats on Saturday 2nd and, of course, the grand finale on Sunday 3rd. The previous two rounds of the WSK Super Master Series were characterized by sudden changes of positions: in KZ, for example, the French Anthony Abbasse (Sodi-TM-Vega) and the Italian Marco Ardigò (Tony Kart-Vortex-Vega) swapped positions at the top of the standings, with the latter who now leads, only two points ahead of the French after the race in Sarno. Same situation in the OK Junior, where the Russian Ivan Shvetsov (Tony Kart-Vortex-Vega) took over the leadership from the Moroccan Sami Taoufik (FA-Vortex-Vega), while in KZ2 the Italian Giacomo Pollini (CRG-TM-Vega) overtook the Dutch Stan Pex (CRG-Vortex-Vega). In OK, on the other hand, the Spanish Pedro Hiltbrand (CRG-Parilla-Vega) managed to keep the leadership despite the attacks of the Danish Nicklas Nielsen (Tony Kart-Vortex-Vega). A great show is offered also by the 60 Mini, where Gabriele Minì (Energy-TM-Vega) soon overtook Francesco Pizzi (Energy-Iame-Vega). Moreover, the incremental scoring system is going to make the results in the standings, after the races at La Conca, as unpredictable as ever.